The wet spring in Sun Peaks may be a test of patience for recreationalists wanting to golf or bike immediately, but at least it’s doing the bears some good.

In Sun Peaks, a Kamloops conservation officer said bear complaints have tapered off since the beginning of June to bear sightings only. This may be attributed to more plants and food sources growing in the wild as a result of increased precipitation.

“We have received 223 problem wildlife complaints since April 1 (in Kamloops and the surrounding areas),” said Kamloops conservation officer Tobe Sprado.

A late spring and the consequent lack of food in the wild for bears were cited as possible factors in the rash of bear incidents in Sun Peaks in May. But despite the recent progress, people are advised to continue being careful as bears are still around.

“Generally, it’s an attractant issue, (which includes) freezers, compost, barbecues, pet food, bird feeders and garbage,” said Sprado. Ripe fruit can also be an attractant later in the year, he added. “If you eliminate those attractants, you may still have a bear come through but it’s not going to stay.”

“If people do have a bear in their yard, generally speaking, they should just wait it out. The bear should move on if there’s nothing to keep it there.”

Katelyn Leitch, TNRD Bear Aware coordinator, has the following suggestions for managing attractants properly: store garbage, compost and recycling in a bear-proof container until proper disposal; use bird feeders only during winter months; remove fruit and berries from trees and shrubs; feed pets inside and store food indoors, and keep barbecues clean and free of leftover food.

Living in an area that’s part of bear habitat means people may find themselves face to face with a bear. In this case, the rule of thumb is to give the animals space.

“They should stay away,” said Sprado. “They shouldn’t be approaching any bears, especially when you don’t know if that bear may have cubs. It takes a measure of respect obviously because, for most bears, there’s a personal space issue. If you get too close they’ll respond, usually in a negative fashion, to the perceived threat to them.”

If people decide to hike in areas where there’s a possibility of seeing a bear, making some noise is a good idea. And it doesn’t have to be a continuous loud noise, said Sprado. Simply carrying on a normal conversation or letting out an occasional holler should be enough to announce your presence to bears.

Another thing to consider is visual cues, such as a disturbed anthill or bear scat. “Those cues should indicate that there’s probably a bear in the area,” he said. If this happens, it’s wise to make a detour and use caution.

Bear Aware is looking for volunteers to help with disseminating information about bears in Sun Peaks. For more information, e-mail Katelyn Leitch at [email protected]. Human safety issues due to bears can be reported by contacting the RAPP line at 1-877-952-7277. 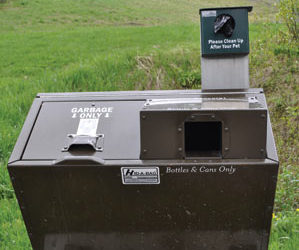 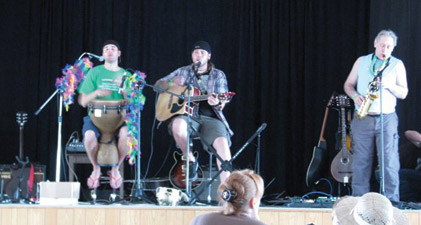