RCMP search for Ryan Shtuka in Sun Peaks this weekend

RCMP officers have returned to Sun Peaks this weekend in significant numbers to continue their investigation into the mysterious disappearance of resident Ryan Shtuka.

It’s been over three years since the 20-year old went missing after leaving an after-party in a home on Burfield Dr. in the early hours of a frigid February morning.

Shtuka’s mysterious disappearance led to prolonged and significant searches by search and rescue officials,  his family and volunteers, as well as RCMP officers.

According to RCMP spokesperson Const. Crystal Evelyn, this weekend will see 16 officers—a mix of Kamloops Mounties as well as the Southeast District Tactical Troop—take part in the search.

This marks the first time the RCMP have been significantly involved in a boots-on-the ground search for Shtuka since May 2018.

As in other missing persons cases, police have said little about the case publicly and never presented a theory for Shtuka’s disappearance.

“Since Ryan’s disappearance in February 2018, police have continued to pursue investigative avenues and review information already collected,” said Evelyn in an email to Sun Peaks Independent News. “This weekend’s search is part of that continued process and involves examining some of the areas previously searched, as well as searching some new areas as well.”

In an interview with Radio NL, Evelyn provided further details, stating that there are some “areas that [RCMP] would like to re-examine and some new areas they’d like to search as well.”

Shtuka’s parents are now in Sun Peaks, having made the trip from their hometown of Beaumont, Alta. on Friday.

Heather Shtuka, Ryan’s mother, said the couple hadn’t anticipated returning to the community this spring given current travel restrictions, but decided to upon learning about this new police-led search just last week.

Heather said that she was “wonderfully surprised” to learn of this latest development.

She added Ryan’s disappearance has gotten a significant amount of attention from officers in several different departments and areas over the past two years.

“I think for them, it was just about circling back, looking at all the information and deciding that they had some time and ability to go up in search,” said Heather. “I wouldn’t be surprised if there’s [has been] a major development, but I would hesitate to say that is the case”

Heather added she does not know where police officers will be searching, but would guess that they will be looking in the Burfield area, where Shtuka went missing.

In total Kamloops Search and Rescue members put more than 1,025 hours into the search in the four months after Shtuka initially went missing.

And following that official search, Heather and Scott and a group of friends—new and old alike—carried out a massive grassroots search of their own, mobilizing hundreds of volunteers.

The Shtukas effectively moved to the community after Ryan’s disappearance, spending five months looking for their son.

They have since returned numerous times to continue the search, and have repeatedly vowed to carry on their search until Ryan is found.

Heather said the family has felt incredibly supported by the Sun Peaks community throughout the ordeal.

The searches, however, have been incredibly difficult ordeals for the family.

Heather noted the couple is powerless in whether or not Ryan is found, and that at the end of the day, the family faces two extraordinarily difficult scenarios:  Ryan is finally found or remains a missing person.

“It feels like it’s back to square one for us,” said Heather, who has been public with her grieving process, often sharing poems or thoughts on social media about Ryan’s disappearance.

Given the situation, Heather said it’s important for the family to temper any expectations of how the search will turn out.

“I think sometimes you put all your eggs in one basket, and you think, ‘This is it, how could this not be it?’ And then when nothing is found, you’re just devastated to your core again.” 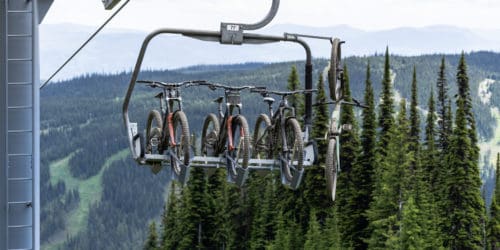 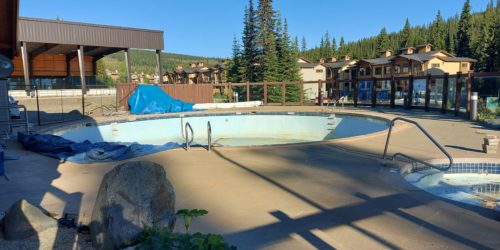 Municipality yet to decide on whether pool will operate this summer