Local woman encourages community to be cautious and safe

A Sun Peaks resident is speaking out after contracting COVID-19 at the end of July.

Emma Christy, who has lived and worked in the community for four years, is currently in quarantine with three friends, one of whom has been tested and also has the virus and two others who haven’t been tested.

Christy explained she thought it was important to share her experience publicly in order to clarify the situation and help control some of the rumours which have flown around the community since Sun Peaks Resort LLP (SPR) confirmed one of their staff members had tested positive for the virus in July (is a separate case to Christy).

“Some people haven’t been nice about it,” she said. “That’s the biggest thing is it’s nobody’s fault.”

“I think that’s when I was exposed to it because one of my friends had been exposed to the person who tested positive (from SPR),” she said.

When she got home from work the next day the friend contacted her to tell her they learned they had been exposed to the SPR employee and then had seen Christy and some of her friends.

“Sunday night all were trying to figure out what we were going to do because there were a lot of us who were close to him. I was really nervous, and not nervous about testing positive or negative, just nervous about not knowing anything because nobody knows anything.

“I don’t think anyone is able to have any sense of control in that situation because we’ve all been told different things.”

On the morning of July 27, 23-year-old Christy called her employer to inform them and was told she must test negative or isolate before she could return to work.

“At that point I had to decide if I wanted to try and get myself a test and go from there, and just to be safe for the community obviously I wanted to be tested and find out because I had been in contact with lots of people and obviously it spreads quickly.

“I just had to make sure that I was doing what I felt was right, and obviously going to work and exposing everybody is not the right thing to do….I know that there are some employers which haven’t been as accommodating so I’ve been thankful to have a lot of support from my bosses which is nice.”

Christy said getting a test without symptoms was challenging at first. After calling 811 she was told she could self monitor for 10 days and return to work because she wasn’t experiencing any symptoms.

“I wasn’t comfortable with that, I couldn’t go to work because I was told not to, so then it started the challenge of trying to work a loophole and get a test.”

After telling a nurse she had symptoms that could just be from her seasonal allergies she and a friend were booked for testing. The drive-thru test took place July 28 and Christy said it was straightforward, even for her friend who is from out of the country.

“He was a little bit worried because he didn’t have a B.C. health care number but it was totally fine,” she said. “For out of country people who are up here I would really stress don’t be nervous about going to get tested because you’re not from Canada…Interior Health (IH) has been super helpful and super nice about it all.”

After being tested IH assigned a worker to each of their cases and began working with each of them to outline where they had been and who they may have come into contact with.

“We had calls from the healthcare workers before trying to get contacts from us for who we may have seen…then we got the phone call on Thursday saying that we were both positive. At that point most of Thursday and all of Friday was spent just waiting for phone calls from Interior Health and our case workers.

“They really put a lot of time and work into it I think, so that’s nice to know that they are taking things seriously.”

After the tracing was completed, she said, she knows of at least six people who were tested within days.

Now, more than a week into their quarantine period, Christy said she has been fielding calls and messages from people concerned about what was happening and addressing rumours about their test results and how they were exposed.

“People in the community who were hearing rumours were probably just absolutely terrified,” she said. “Right away there was someone from the community who obviously found out…then we knew, all of us knew, we were going to have some things to deal with with people.

“And then of course the rumours started that we had caught it from a party or we had thrown a party…there were people who were saying they had seen photos of us on Facebook that we had later taken down. I think that was the biggest one, that people thought that we were being irresponsible about it. And it’s so frustrating because literally the day that we found out we started panicking and trying to deal with making sure that we’re staying safe and following our quarantine protocols. While you’re dealing with all these rumours going around and people saying things that aren’t true it just adds to the stress of it.”

The confusion prompted Christy to post in a local Facebook group on August 1, telling people she and her friend had now tested positive and clearing the air. This brought the number of publicly confirmed cases currently in Sun Peaks to three.

“At the end of the day as far as I know my exposure was just normal contact seeing people…I just feel like people need to take it more seriously and understand that it is going around the village and you have to sanitize and you should make sure you’re following the physical distancing protocols because you don’t have to go to a party to get it. You can catch it anywhere.”

Having addressed what rumors she can, Christy said she’s focused on safely completing her quarantine and making sure she also takes care of her mental health.

“I’m not an anxious, depressed person but that doesn’t go to say that that can’t happen when you’re in quarantine. Reaching out to people has been one of my big things, calling my family a lot, talking to my friends. Just making sure that if you do start to feel down or anything you reach out to people…you don’t need to isolate yourself from everyone and everything. You have to distance yourself but that doesn’t mean you can’t talk to people.”

The takeaway from the experience so far, she said, is people should be cautious.

“We have lots of local British Columbians up here but that doesn’t go to say they’re not carrying it. And the fact that all of us (Christy and her friends) are asymptomatic is the scariest thing. If I had gone to work on Monday like 811 told me to do I would’ve potentially exposed so many people.” 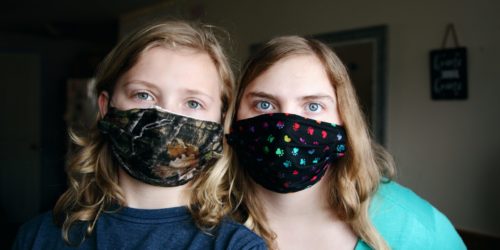 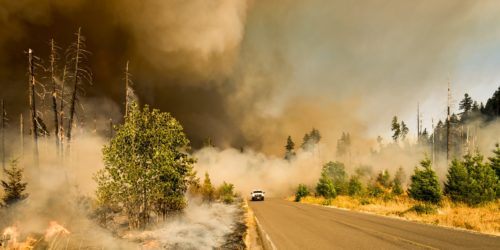