The new Sun Peaks Resort LLP’s (SPR) Bike Park coordinator has links to the old school Kamloops freeriding days, is friends with household name Brett Tippie (who helped revolutionize mountain biking into what it is today) and has a bottomless passion for the Bike Park, which he said will be “by the people, for the people.”

For the past 20 years, the Bike Park’s fast, steep, rough and rowdy unique hand built mountain biking trails, which have the ability to host fast-flying pros in world class events, such as last season’s Crankworx Summer Series, are responsible for the resort’s summer alter-ego. The year 2019 saw significant investment in building new beginner and intermediate areas, to ensure all rides can find their progression. And on the tail end of the pandemic, SPR is once again focusing on improvements in the park.

Melnechuk was a natural choice to implement these changes, as he has a diverse and impressive mountain biking background, including BC Cup downhill racing and a recent Master’s BC Cup downhill championship title.

Melnechuk claims over four million vertical feet in the Sun Peaks Bike Park and is likely the all time vertical leader in the park’s history. He rides on average over 50 days a season.

It doesn’t stop there. Melnechuk has 10 years of coaching experience and has instructed the majority of coaches who are guiding today’s wave of novice to advanced mountain bike riders at Sun Peaks.

“I have a very extensive knowledge of the Bike Park and what I think I bring to the position is a unique outlook from a coach’s standpoint and a public perspective from being in the lift line and hearing about what people desire out of the Bike Park,” Melnechuk explained.

“The job I’m stepping in has huge shoes to fill,” said Melnechuk. “Over the last decade the progression and improvements that we’ve seen are unmatched in any bike park.”

This year, the continuing diversification of trails includes an extension to the popular Bermalade trail, and two new forest trails near Gummy Bear, Mach and Barn Burner.

“[We’re] focusing on momentum in the Bike Park from the last couple of years of building successful trails that are super fun for any level of rider,” said Sam Loxton, content marketing specialist for SPR.

The addition on Bermalade will make it a top-to-bottom run. It was originally built on a pre-existing trail called Home Run, which was steeper and rougher, and will be renovated this summer to be made similar to the rest of Bermalade.

“Bermalade, one of the blue flow trails we put out last year which has been super popular since its opening, we’re building a brand new top section for,” said Loxton. “Contractor Lifetime Outdoors, who built Bermalade, Canada Line and Level Up, are coming back to build it up to pretty much the top of the lift. The top section will be a similar kind of style with big berms, high-speed jumps, pretty fun stuff and it will be double the length [of the original].”

The new trail means riders have even more options for accessing the popular trail.

Melnechuk argued the Sun Peaks Bike Park could one day be the best on the planet, and is excited to implement his vision to bring that dream to life alongside his hard working, talented trail crew and SPR management who are stepping up from all departments to collectively make that dream a reality.

“The trail builders are the ones that are making this place into something special. They are putting shovels in the dirt and hiking kilometre after kilometre 10 hours a day.” SPR staff have been hard at work in the weeks before opening, adding two additional new trails near the top of the Sunburst Express.

“Two other trails: Sour Patch Skids and Sweater Vest, are also in the plans for this season and should be completed some time this summer, pending snow melt,” Loxton said.

Sour Patch Skids will be located next to the Gummy Bear and Mach trails and will be a good stepping stone for novice riders looking to practice their technical skills.

“That one plugs a gap that we’ve had for the progression [in steep technical trails], so it keeps us moving forward in making sure there’s a trail that people can work up to at all times depending on their level,” Loxton explained.

The other new trail to help riders progress is called Sweater Vest; this blue, machine built trail will give riders the option of getting around that same area of the mountain on a flow trail, as opposed to the techier options of Barnburner, Mach, Gummy Bear or Sour Patch Skids.

All above mentioned new trails can be seen on the new Bike Park Map, which is pictured below.

Moving forward, Melnechuk said he is passionate about his new position.

“I do this for the same reason I coach, and that’s to bring as much joy and freedom that mountain biking provides to people. As [the Bike Park coordinator] this allows me to affect more people in a positive way than I ever could with coaching.”

He added he won’t stray too far from the Bike Park’s roots, both in the vegetative sense or the historical sense, and wants to ensure the spirit of freeriding lives on in mountain biking.

“What I do still have in the back of my mind, is that gnarly, old school charm that separates this place from other resorts,” he explained. “A lot of the things we’re doing seem to be headed in that machine made flow kind of style. But people also mountain bike for a variety of reasons and the focus it takes to ensure you nail the next corner or drop, not thinking about bills or work, can be mentally freeing.”

Loxton said future Bike Park plans will include trails to help riders bridge the gap in difficulty between Bermalade and Steam Shovel.

“I think there’s definitely plans for another jump trail at some point to come in between the Bermalade and Steam Shovel [difficulty] levels to continue building progression,” said Loxton. “It’s not something that is going to be coming around this summer but it’s something as we keep working on plans every year to keep [building progressive trails], is definitely part of the progression puzzle we’ve got our eye on.”

Loxton said the Bike Park has a five-year plan started by the previous coordinator, James Jeffries, which is now in it’s last year. Another new long term plan, with Melnechuk, will begin to come together to guide builders for the next five years to come.

“I’m excited to see the changes that we’ve made,” Melnechuk said. “We’re really going to focus on doing each trail correctly and prioritize maintaining them, not having five half completed trails. The smiles that they’re going to make on people’s faces and that pure joy and happiness when people get back on their bikes again is something that everyone can look forward to.” 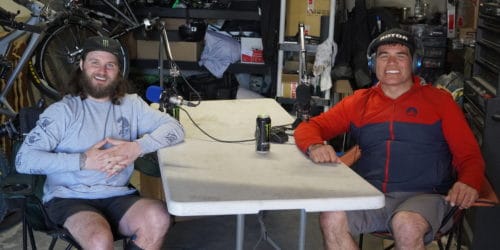 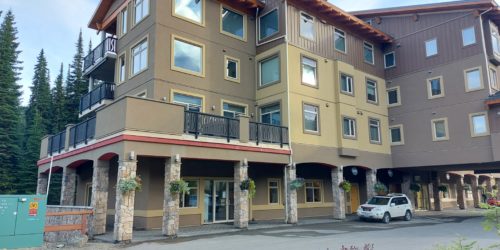