Rock climbers head to Whitecroft for some early season fun

Did you know there was rock climbing near Whitecroft?
Jarrett Hofmann  | May 3, 2021
0 shares

The Whitecroft waterfall is a place where many locals go for a quick dose of the outdoors, but some climbers have recently revisited the trailside boulder to climb and test their strength.

Bouldering is a subset sport of rock climbing where climbers climb ropeless, only as high as anywhere from 10 to 20 feet, with a thick foam pad called a crash pad below them to cushion the ground in case they fall.

Recently, Dawson Freeze, Connor Furneaux, Taylor Power and Jacob Roy went for a fun day out to climb the boulder near the Whitecroft waterfall.

The boulder is only a few minute walk down a trail past the chain gate which leads to the waterfall and is about 20 feet high.

They discovered although the boulder has been climbed before, documented in the free PDF guidebook found here as early as 2012, much of the rock has grown over with moss after long stretches of no one climbing it.

“It’s kind of adventurous at the moment with how overgrown things are,” said Freeze. “A couple of the topouts are pretty mossy and slopey…they could use some tender love and care.”

Referencing the guidebook, the boulder has 10 established routes on it with one open project that is expected to be quite difficult.

In North America, bouldering routes, or better known as ‘boulder problems’, are rated for difficulty on a ‘V-scale’ which was named after John ‘Vermin’ Sherman, an American bouldering pioneer.

The scale starts with V0, and works up to V1, V2, V3 and so on. Currently, the hardest grade in bouldering is V17 and there are only three in the world of the grade (with two of them being established in the last few months). However, they have all been unrepeated leaving the grade unconfirmed.

Freeze said he tried a variety of problems from difficulties ranging from V1 to V6.

“We did Forgie Bulge and Forgie Roof to warm up. We also climbed Little Face — a V2 that was kind of mossy and a little bit exciting. We also tried Shh I’m on the internet, the V5, it was appealing because you climb this crack feature and actually it was pretty clean,” added Freeze.

“To finish off we climbed Mushroom Sauce, which was established by Pat Campbell, it was also very mossy so we couldn’t topout but the lower moves were really nice.”

Overall, Freeze said the stone was higher quality than some of the other bouldering areas around Kamloops.

“If it wasn’t so overgrown, it would be a super good time for sure.”

For those who are new to the sport and are interested in participating, Freeze suggested first getting used to the movement in a rock climbing gym such as the Cliffside Climbing Gym in Kamloops.

“It’s a good environment to get used to it and not be concerned with hazards or dirty holds. Then, once you get some miles in the gym, you can get some pads or meet some friends with pads and get out on the boulders.”

Although his strength was honed on artificial walls, Freeze prefers climbing outside.

“It’s all about being in nature. I think the Whitecroft boulder is a good example of that because you have the river flowing by, it’s a nice, cool, shady environment.”

Since outdoor sports like rock climbing are currently on the rise, especially since its inception into the Tokyo Olympics, Freeze said there’s plenty of ways groups can reduce their impacts to sustain sensitive outdoor climbing venues.

“Brushing the chalk off the holds after you’re done, being careful not to crush underlying vegetation with your crash pad, playing loud music or partying can jeopardize access. It could also affect other user’s outdoor experiences. Just be respectful that other people enjoy those spaces and just make sure you’re not leaving your mark on the landscape.”

Freeze encouraged people to get out there, but if you head to the Whitecroft boulder, it might be best to bring along a steel brush to rid the moss for friendlier climbing. 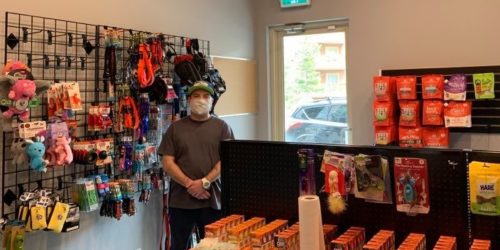 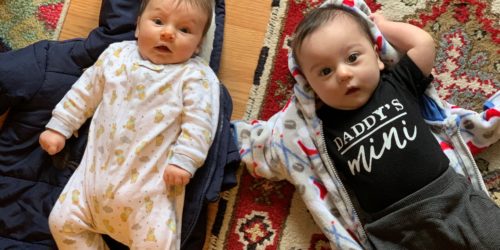 Take a look at the freshest faces in Sun Peaks