With COVID-19 restrictions grinding international and now domestic travel to a halt, many Sun Peaks homes will likely be sitting empty this winter, with owners and tourists alike unable to enjoy them.

The lack of rental revenue has created a very difficult situation for many secondary homeowners, explained Reiner Brecht of Bear Country Property Management.

Like hotels, secondary homeowners who rent out their residence have seen a flood of cancellations since the provincial health officer extended a recommendation for people not to travel for the purposes of vacation until at least January 8.

“Homeowners are as stunned as we are basically,” said Brecht. “They are living from one announcement to the next. And needless to say, we always hope that things will change.”

Unlike some industries, there has been no bail out for people with secondary homes, nor does there seem to be much political will to do so. There is also no insurance that will cover loss of rental revenue from a pandemic in recreational or secondary properties.

In a previous story, Sun Peaks Mountain Resort Municipality mayor Al Raine stated around 17 per cent of properties in Sun Peaks were owned by non-Canadians. The number of out-of-region owners would be much higher.

There has, of course, been the Canada Emergency Wage Subsidy, which has paid out billions to Canadians who have lost their jobs.

The Canada Emergency Commercial Rental Assistance program has also been drawn on by commercial enterprises. As of late October, the federal government had approved over $2 billion in rent support through it.

Asked about his personal opinion on if secondary homeowners should be allocated money from the government for lost revenue, Brecht said that while it would be nice, it’s not something he would advocate for.

“It would be nice if they could. There’s no doubt about that,” he said. “But at the same time, we have to be realistic too. Somebody has to pay for [the money that is being spent].”

Reiner added the pandemic has caused major difficulties in terms of labour, with Bear Country experiencing a worker shortage like so many other local businesses.

“If we would have been busy, we would not even be able to handle [the volume], because we don’t have enough employees,” he said. 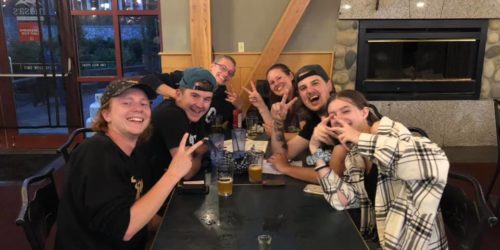 Your boy Quizzy Rascal is back (online only) 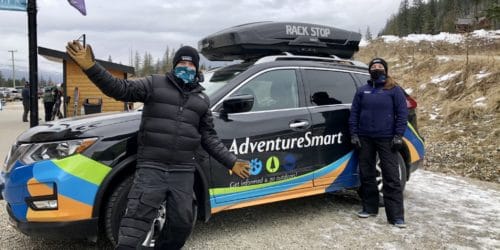 BC AdventureSmart team to be based out of Revelstoke this season