Volunteer patroller, long-time skier and part-time Sun Peaks resident, Jean Strong has become a main supporter of a new act being proposed by the BC Green Party.

Bill M205: Post-Secondary Sexual Violence Policies Act, was first introduced by BC Green Party leader, Andrew Weaver, earlier this year. The bill insists that post-secondary institutions in British Columbia must address sexual violence involving students enrolled at their universities and how the institution must respond to incidents and complaints of sexual violence. Similar legislation has been put in place in Ontario.

“We need this legislation because our colleges and universities aren’t doing enough to make their campuses safe for students,” Strong said in an article written for the BC Green Party’s website.

Her support of the legislation comes from a personal place. In 2012, she was sexually assaulted on the Thompson Rivers University (TRU) Kamloops campus — twice. According to Strong, the university didn’t respond adequately when she came forward with her experiences.

A journalism student, Strong published her story in 2015 in an online article. A former high school teacher then suggested she contact Weaver and work with his party by supporting the legislation and sharing her story.

“I think it’s important to share my story because of all the very similar stories that have been silenced,” she said.

Along with several articles published for CBC and local media, Strong wrote an article on the Green Party’s website about her experience and why she supports the bill. She also spoke at the University of Victoria earlier this month about what this bill means to schools and students, and addressed some of the misconceptions surrounding the proposal.

I was flooded with texts, emails and Facebook
messages from people so similar to me;
girls at TRU who had been told to transfer schools

“The bill doesn’t suggest the university take the place of the RCMP or judicial system. It doesn’t suggest that universities should be investigating like the police would and doling out punishments based on their findings. It simply requires that the university have policies in place that will support students who report any kind of sexual assault or misconduct to the school, similar to workplaces having policies in place to handle sexual harassment.”

It’s a feeling all too familiar to Strong. After she came forward about her assaults to a campus counsellor she was simply told to switch schools.

“What has really made me continue work on this project even when it gets really difficult is the hundreds of girls that reached out to me after I first spoke out in 2015. I was flooded with texts, emails and Facebook messages from people so similar to me; girls at TRU who had been told to transfer schools,” said Strong.

Strong has been living part-time in Sun Peaks since 2006 and began patrolling in 2012. It was the community and the comfort she found in her patrolling that was a major factor in deciding to stay in the area.

“Without telling (my co-workers) what was happening, I was able to rely on them and escape from the school community into one where I felt a lot safer and less vulnerable or victimized,” she said.

Bill M205 is on track to be put into place by October of this year or sooner. 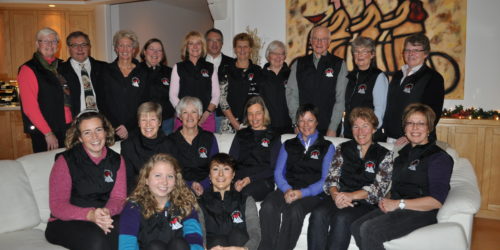 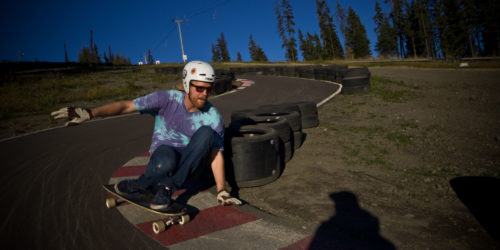