Days are getting warmer, the light is shining longer and a dark COVID-19 winter is beginning to turn to spring.

Hoards of new and veteran backcountry travellers are starting to eye-up the lines they’ve been dreaming up during their mid-winter, stormy tours where gaining experience, fitness and face-shots was the name of the game.

Now, that objective list is burning a hole in the pockets of many as the end of winter looms, but Avalanche Canada forecaster (and former Sun Peaks Resort avalanche forecaster) Simon Horton spoke with SPIN and warned backcountry travellers against getting overly stoked on an objective.

“The need to get more skiing in at the end of the season and trying to finish off objectives can put a pressure on some people,” Horton explained. “Patience and the right timing for those objectives is key. Not every year is the right time for certain things.”

Another hazard to watch out for, which avalanche professionals refer to as human factors, that is prevalent in the spring is what Horton called ‘blue sky syndrome.’ This is when backcountry travellers tend to underestimate avalanche risks because the days are getting longer and warmer even though the snowpack still has a lot of weak layers.

“Be mindful. Just because it’s a nice sunny bluebird day, it doesn’t mean that there’s no avalanche danger,” Horton added.

In a recent Avalanche Canada blog Time to consider warming by Horton, which was sparked by rapid warming forecasted for the first week of March, he warned readers to expect a quickly changing snowpack and that on average, March has the highest amount of avalanche deaths.

“March is the deadliest month for avalanche fatalities, likely due to a combination of snowpack and human factors,” read the blog.

Horton said that the March snowpack is challenging in the backcountry because it is in a state of change.

“Spring-like conditions typically are more predictable, but during this transition time in March, we still have a lot of dry snow on the ground with [weak] layers and that, plus the initial warming we’re seeing and big warm ups throughout March often come with big avalanche cycles.”

Horton said during this transition phase of the snowpack while temperatures warm up, to watch out for signs of instability including recent avalanches, cracks in the snow, or a ‘whumphing’ sound under your feet.

“Whenever the surface becomes more moist, wet, sticky, that’s a sign that the snowpack could be becoming weaker.”

Persistent slabs are of special consideration during the transition.

“There are concerns right now within the Cariboos and North Rockies. They’ve had more persistent problems and even the last week or two there have been two fatalities in those areas.” Horton said.

He also warned backcountry travellers to be weary that avalanches will begin to run the full extent of their path and that avalanche characteristics may begin to change.

“Typically in the spring the most common avalanches would be wet, loose or wet slabs under really intense warming cycles. They don’t usually move very fast but they can be heavy, dense, powerful avalanches with high consequences.”

Horton’s advice for when the temperature starts to rise, is to keep in mind that north facing, shaded slopes don’t warm up as much and can be the go to aspects for the spring and to watch for signs of warming such as snow-bombs off of trees and pinwheeling snow on steeper features.

“Matching your terrain to the conditions and reading the forecast to learn about conditions on a given day, and getting the terrain and travel advice from the forecast that highlights what to avoid and where to travel is really important,” Horton added.

Horton also reminded backcountry travellers to make sure that they have some training, can recognize avalanche terrain before heading into the backcountry, get the gear and have practised using it.

He also added that this year, forecasters are relying on reports from users which can be submitted via the Mountain Information Network at www.avalanche.ca.

“You don’t need to be an experienced backcountry user to make a report. Even just taking a photo and saying a few things about your day can help the forecasters, but also it’s a really good way to reflect on your day and think about what you saw, whether there were signs of danger and how your decision making process went.” 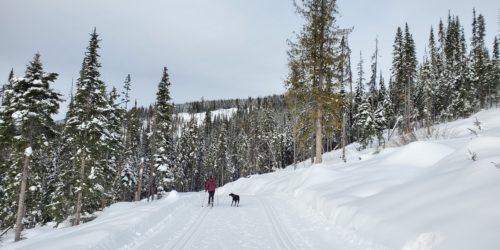 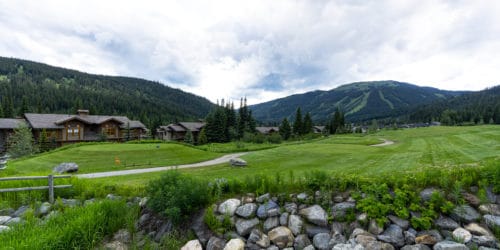 Kamloops area golf courses poised to have another strong year