Getting back to fundamentals was the goal for the Sun Peaks Alpine Club’s (SPAC) spring training camp held April 26 to 29. The four-day training camp was an opportunity for the Racers to get back on the mountain after a few weeks break to officially begin training for next season.

“Basically we treat this as the start of the next season so we went right back to basics. Just got the kids establishing a good platform on their skis, so that was the main goal with all the kids just to go back to the fundamentals,” said SPAC program director Montana Molyneux.

Over the course of the camp, nine athletes worked on getting into an athletic position and making a good platform, skill sets that are being emphasized province-wide.

While the athletes that attended all four days of the camp were able to work through a bit more of the fundamentals than the kids who attended just one day Molyneux said “it’s something we go back to no matter what, so they’re all getting there but everyone’s definitely still working on that.”

With the spring camp being held so close to the end of the ski season Molyneux acknowledged that the athletes still were in the mindset of the season that just past not fully comprehending that camp was kicking off the next season.

“They’re pretty young, so they might not understand what we’re doing and why but we just try to explain it and make sure they’re having fun and they’re safe. So they want to come back for summer camp or if they want to do preseason for the next one,” she said.

The club plans to open registration for the 2018-19 season earlier than usual with a July intake. 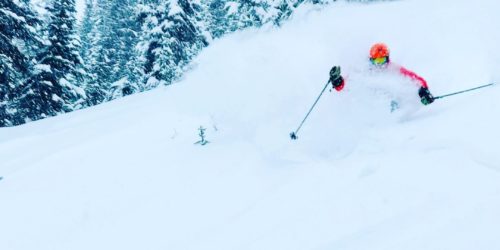 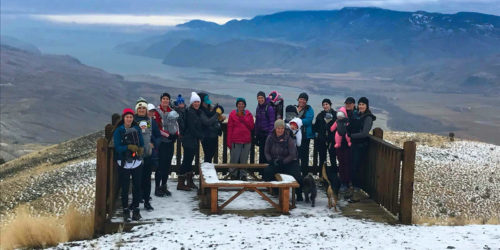