Kyleigh Stewart spent her weekends off from mountain biking instructing last month to attempt to run a clinic of her own at the Canada Cup Downhill races.

Unfortunately, overconfidence led to a late crash in her finals run.

“The way the course is set up,” Stewart explained. “The top half is really steep. So once you get through that you’re feeling pretty good about yourself and then you get into some higher speed tech stuff.”

The Sun Peaks local found trouble in the latter half, crashing after she committed to a fast corner.

“I think I just was a bit too overconfident, over committed. I hit a root, got bucked then I was on the ground,” Stewart recalled. “There went my run.”

Stewart looked to improve at the following Canada Cup held in Panorama Resort outside of Invermere, B.C., on July 20 and 21.

The event posed initial challenges with a reduced amount of practice laps, putting the athletes straight into initial seeding races to determine the starting order for the finals.

Stewart kept her cool though, heading into finals with a strategy to best her performance in Fernie.

“It was already a bit of a challenge because I really wanted to redeem myself from [Fernie] because I knew I could do better after that crash.”

The lack of practice laps added a sense of urgency, leaving Stewart overwhelmed.

“I was just trying to keep my shit together, for a lack of a better word,” she said.

However, determined to improve and prove herself, Stewart found confidence and put down a fast, clean run and finished sixth.

“I managed to have a pretty decent time and I got down without a crash so that was a big win in my books.”

With the National Cup looming at Kicking Horse Resort outside of Golden, B.C. the following weekend, a course that is known for being fast, rowdy and potentially dangerous, Stewart decided to quit while she was ahead.

“I really just do it for fun these days. I used to be serious about racing but as I’ve gotten older, logistics to race have become more of a reality, trying to fund things and I was definitely risking injury. It wasn’t really worth it when I weighed the potential outcomes. As someone who works as a coach, I have to be back on my bike on Monday,” Stewart explained. 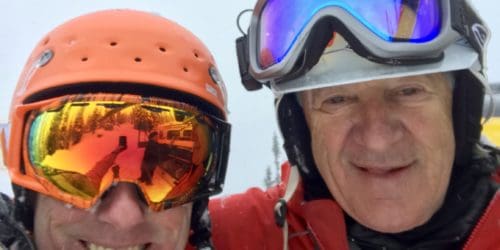 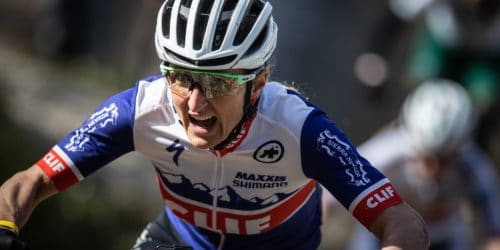