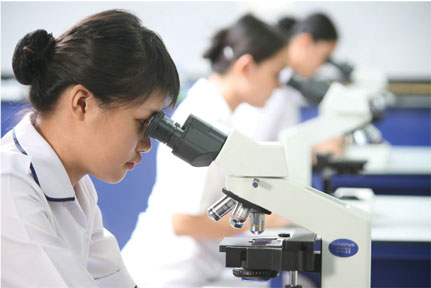 Curiosity may have killed the cat but in the field of science, curiosity is the catalyst that leads to important discoveries—whether it’s in biochemistry, engineering or robotics.

This year has been proclaimed the Year of Science in B.C. Through a job shadowing program, the Applied Science Technologists and Technicians of B.C. hope to pique young people’s curiosity and encourage them to aim for careers in science and technology.

Without preventive measures, the Thompson Region will be faced with a serious shortage of skilled technologists and technicians as baby boomers retire en masse in the next few years, ASTTBC said.

“British Columbia was facing a crisis in 2008 due to a shortage of technical talent,” said John Leech, executive director of ASTTBC. “The 2008 recession gave us a little breathing room, but that is disappearing. We must continue our efforts to attract people to technology careers or we will again face serious shortages.”

The Year of Science Job Shadowing and Work Experience Project is an initiative that’s meant to get young people engaged in the sciences and to counter this looming shortage.

Grades 11 and 12 students will have an opportunity to see what it’s like to work in their preferred science and technology related job through ASTTBC’s job shadowing project. Operated through a grant from the B.C. Ministry of Sciences and Universities, the project will run until the end of June.

Bruce Stevens, ASTTBC’s regional manager, said this opportunity is open to any Grade 11 or 12 student “who has expressed some interest in a career involving some aspect of science and technology.”

The project will allow students to shadow a professional for half a day or an entire day as they observe how science and technology are applied in the workplace.

“I think what they’ll see is a professional in action,” said Stevens. “They’ll see what that person actually does in that field, how they apply physics and chemistry. They’ll get to sit with them and talk to them and hear them as they explain exactly what they’re doing in an ordinary day in their work.”

There are currently 500 openings in B.C. and the spots will continue to grow as companies sign up more mentors.

“We’re still working as hard as we can until the end of June,” said Stevens. 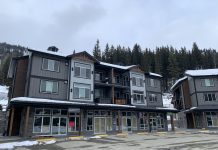