Sun Peaks Alpine Club (SPAC) athletes showed off their skills as they competed in the Western Canada Ski Cross Finals this past weekend.

The club headed to Big White Resort on March 18 for a day of training before competitions began over the weekend. SPAC’s U12, U14 and U16 divisions, as well as its Fédération Internationale de Ski (FIS) team, all entered in the event.

On Saturday, March 19, many Sun Peaks racers made it to the podium despite blizzard conditions.

“It was very challenging conditions with a lot of fresh snow and poor visibility,” Duncan Currie, SPAC president, said in an email to SPIN. “Made for some interesting racing with overtaking being tough out in the powder snow.”

On Sunday, March 20, Currie said the sun came out and 10 centimeters of fresh snow made for a soft track. SPAC had eight athletes make it to the semi finals throughout the day.

More athletes made it back to the podium that day. For the FIS division, Euan Currie received silver. For U16, Cameron Currie landed gold, Brandon Johnson scored bronze and Douglas Hunter placed fourth despite getting caught up in the beginning of the race.

“Douglas and Cameron tangled at the start with Cameron’s pole between Douglas’ leg which ultimately led to him coming off worse and falling back at the start,” Currie said.

There were also a couple of crashes throughout the day. Racer Avery Tymchna overshot a jump and was caught up in the netting. Meanwhile, Morgan Ring, who was in the lead at the time, hooked an edge on the last jump and crashed. Neither skier was injured.

SPAC is set to host the Hub International Nancy Greene Festival in Sun Peaks from March 25 to 26, and will head to Revelstoke for the Teck Zone Finals in the beginning of April. To keep up with SPAC, follow them on Facebook or Instagram. 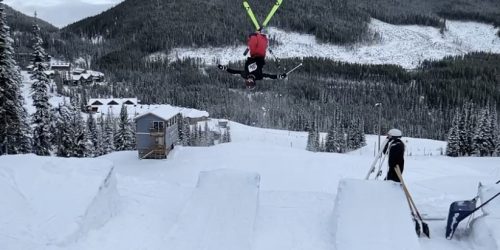 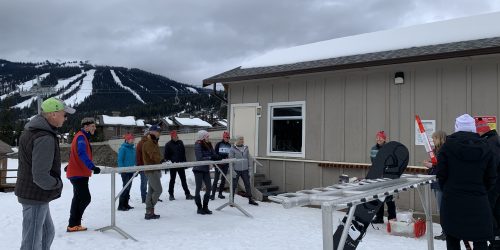