Who in Sun Peaks has not used Sun Peaks Cargo yet? There can’t be many people left who have not taken advantage of their multifarious services, from grocery delivery to removals to storage. Filling niches and necessities before community members even knew they needed them, Mike and Jodi Shaw’s company has become the go-to resource for residents, business owners and tourists.

Of course, the pandemic has significantly impacted the Shaws.

“Initially, we were like most other businesses in the resort. No guests means less freight being shipped, less product needed, less groceries delivered, so we were down considerably,” Jodi said. “We’re grateful for the business relationships we had in place prior to the pandemic. Without them and local support, we wouldn’t have made it through the last 20 months.”

Providing free delivery services for various Sun Peaks Community Helps initiatives in the past, the Shaws also give back to the community by offering discounts to local residents and staff.

Their grocery delivery service also became a valuable tool to those isolating throughout the pandemic due to illness or precautionary measures.

And the pay-off for all their creativity and hard work, according to Jodi:

“Sun Peaks Cargo has allowed us the opportunity to live, work and play full time in the wonderful community of Sun Peaks.”

Sun Peaks Cargo has developed organically since 2016 when Mike turned his technical haulage and Class 1 driving experience into an entrepreneurial enterprise. The mountain mandate: find what is missing in Sun Peaks and fill that gap.

“The business was Mike’s brainchild and, although very slow at the beginning, he insisted that if we kept a consistent schedule, clients would eventually see us and start using our services on a regular basis,” said Jodi.

So, how to spread the word and get customers hooked on the reliable hassle-free convenience of their passion project?

“Initially it was hard to convince people to use our service,” Jodi said. “Many people, including business owners, are used to doing things themselves and they didn’t see the savings in using our service rather than sending their own staff to town.”

Over the past few years, though, customers have been lured by the highly noticeable trailer billboard, close communication with shippers, receivers and business owners, general word of mouth, and social media.

Such persistence, hard work, flexibility and resourcefulness have all paid off. Tourists who fly into Kamloops and shuttle up to the resort often need services like grocery and liquor delivery.

Even locals with their own vehicles, such as Vertical Café’s owner Rob O’Toole, have come to rely on Sun Peaks Cargo.

“We use it a lot for personal things and over the few years they’ve been in business, we’ve used it for their grocery delivery service to save on trips to town,” said O’Toole. “But as a business owner, that’s probably where I’ve seen the biggest value to Sun Peaks Cargo.”

When a pivotal piece of kitchen equipment failed this Christmas Eve, O’Toole turned straight to Sun Peaks Cargo to save the day—and the holidays.

“Mike and Jodi are unbelievably accommodating with last minute requests,” he said. “They were in town on pick-ups, so they went to Best Buy, picked it up, and delivered it. They are the definition of going the extra mile.”

It is a true family business, with the Shaw’s children Trevor and Nicole helping out when extra muscle is needed. Trevor often steps up as a delivery driver, Nicole fills in with extra household roles and vital puppy-sitting, and grandmother Vera Enshaw undertakes tasks such as emails, invoicing, cleaning and disinfecting grocery bins and bags.

“And feeding us wonderful meals and homemade bread when we’re home late,” added Jodi, who has channeled her legal secretarial and daycare operations background into highly efficient administration.

Honing their day-to-day systems, creating a more consistent clientele and offering an ever-increasing range of services has led to year-round business, even during shoulder season.

“We have such a varied list of things we haul,” said Jodi. “From frozen chicken for Mountain Man Adventures’ dogs, to BBQs and smokers, or steel stringers for construction sites. Initially when cannabis was legalized, and before our local Flight Deck was operating, some of our clients from around the world were thrilled that we could deliver cannabis products for them while they were on vacation.” 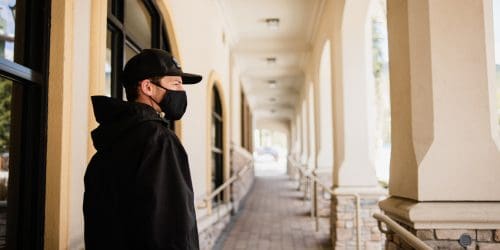 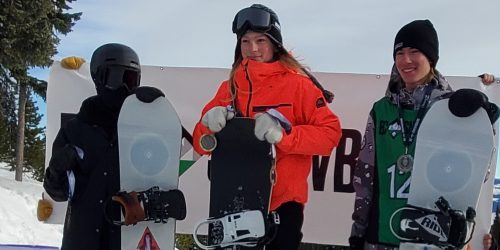