“Nervous?” She took a breath.

“Yes. I’m a little bit nervous, because it’s all culminating on this one day.”

I’m sitting beside Lori McLean in the Alpine Room of the Sun Peaks Grand surrounded by all the Northern Taekwondo Academy students in their white GI’s. At the moment McLean’s belt is red, but not for long.

Ryan Oevermann , the local instructor and third level black belt, sits at a folding table at the head of the room. Michael Barker, the seventh level instructor and a visitor from Vancouver, sits to his right. Before us the yellow belts are receiving their examinations. Barker is watching them closely, and calling them on any mistake, teaching them as much as he is examining them. Oevermann  tells me around a dozen students are being tested today, most of them somewhere in the yellow belt category, some red belt.

There’s anticipation in room and the younger students are running around reacting to it. The parents and older students in attendance are all waiting for the main event.

“How long have you been doing this?” I asked the middle age mother of two, who is getting a bit of a reputation for winning every tournament she enters, like the Western Canadian Championship last month.

“Three and a half years. I didn’t have any experience in taekwondo before, but when Oevermann started the club here my daughter joined first. Then the next year I thought I would try it out, stuck with it, and enjoyed it!”

“I love it, yes! And I love that our whole family can do it. And we’ve become a part of a really great community of people that do taekwondo in B.C.”

McLean is not what you would picture when you think of a taekwondo student, but then almost nobody in the room is. There doesn’t seem to be an “average student” here. The women outnumber the men and while at the moment most of the students are younger, McLean tells me it’s about a 50-50 split. This is not the Cobra Kia, it’s much closer to Miyagi’s back yard.

Oevermann described what was to follow in her examination as, in one word, thorough. As a black belt she must know everything she ever learned — every pattern, every move and every meaning behind those moves. For instance her examination pattern is based on the very history of the art form. Her pattern was the origin story of the man who created it and why.

I later asked Oevermann  if he had any doubts about her earning her belt.

All the training paid off. After about an hour long examination that left spectators out of breath, the destruction of many a piece of fine board and an explanation of the very meaning of the art form, McLean was granted her black belt. It’s the first black belt solely trained for at the Sun Peaks Northern Taekwondo Academy, but judging by the room and the enthusiasm of the students, not at all the last. 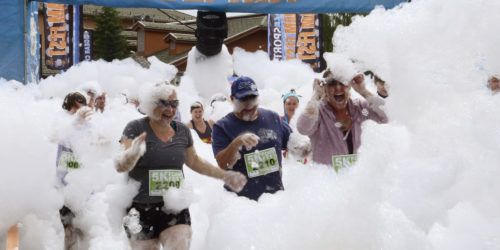 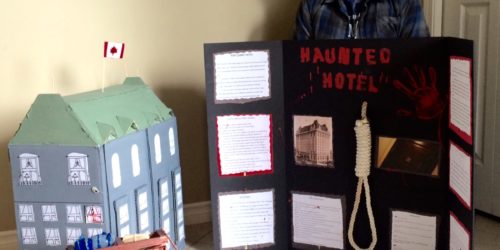