The resort and restaurants make changes in anticipation of winter

With season passes selling quickly online, the skiing and snowboarding public appears eager as ever to hit the slopes. But like with many things in COVID-times, things are going to look and operate a little bit different in Sun Peaks this year.

As a way to limit the amount of people on the hill at any given time, Sun Peaks Resort LLP (SPR) is limiting the number of season passes it sells.

According to SPR, as of Sept. 14, over 80 per cent of the allocation is already sold.

Aidan Kelly, chief marketing officer for SPR, said the resort does not plan on following Whistler Blackcomb’s (WB) footsteps by setting up a reservation system.

In late August, the conglomerate that owns WB —U.S. company Vail Resorts— announced that WB skiers will have to pick ski days in advance.

The resort has been able to manage guest numbers this summer the same way.

A big change at SPR this year will be the installation of RFID scanners.

The scanners allow skiers and riders to ride through turnstiles provided they have a proper pass. This cuts back on the need for ticket checkers.

Kelly said installing them was a long-time coming, but that the pandemic accelerated the process.

“It provided a bit of a final push…just due to the efficiencies that you can create,” he explained. “It was something we’ve been looking at very closely and then COVID was able to push the project through because it made sense.”

Kelly added the resort is putting its focus on its core offerings this year, meaning specifically its chairlifts.

He added there may be some reductions in terms of restaurant offerings or “ancillary” activities such as the bungee trampoline.

The changes will be taken with “capacity management” in mind, he explained.

“We’re just kind of working on what that looks like now.”

SPR also confirmed that while the new Crystal chairlift will be operational, the West Bowl T-Bar will not open this year due to operational and maintenance issues.

Overall, Kelly said the summer went well, and allowed the resort to learn a tremendous amount in preparation for its busy winter season.

He added that guests were happy with the approach.

“It was unbelievably helpful for us in planning what the winter looks like,” Kelly said of the summer season. “It gives us a really strong level of confidence that winter is going to be really successful. All of our guests that came through were super stoked.”

Following a spike in cases over the Labour Day weekend, provincial health officer Dr. Bonnie Henry announced new provincial orders banning the sale of  alcohol in all bars, pubs and restaurants past 10 p.m.

Venues are also required to close by 11 p.m. unless they are offering full meal service (they are not permitted to serve alcohol past 10 p.m.).

Bottoms Bar & Grill owner Nathan Cross said the directive will affect operations, but that he understands the rationale.

Prior to the order, Bottoms had been offering service until midnight two nights a week.

He said that ensuring that patrons abide by social distancing guidelines is more challenging when it gets late.

“That’s definitely where the issues come from,” he said. “People have a drink and you have to govern them more.”

Cross added that Bottoms staff have been working hard to ensure the public abides by social distancing guidelines.

“It’s difficult just in that sense that the servers are constantly having to remind people,” he said. “It’s just a lot more people maintenance.”

Bottoms will take a three week break starting Sept. 28, with plans to open up in mid-October. In the meantime, Cross will be busy building new dividers and helping install a covered tent on the patio that will provide outdoor seating this winter.

He noted the winter season is the “bread and butter” for local businesses.

“It’s going to be difficult to get to the amount of seats we have right now,” he said.

Joel Barde is a reporter hired by SPIN through the Local Journalism Initiative, a federal program created to support news in small communities like ours. 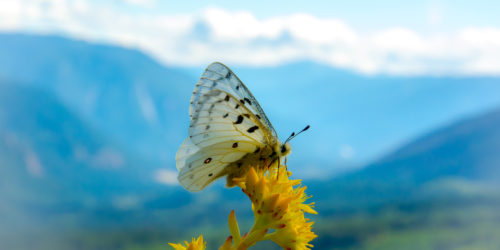 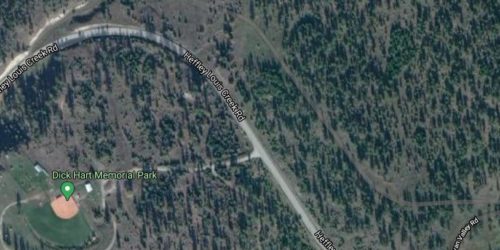