The Sun Peaks School will need to add additional portables to keep up with growing enrollment this year, but advocates say what’s needed is a permanent building.

According to Terry Sullivan, interim superintendent of School District 73 (SD73), interim measures are needed to keep up with growing demand, but the long-term vision for the community remains building a brick-and-mortar school in the community.

The Sun Peaks School currently has 125 students, with projections of 149 students next year. Ten students are currently on the waitlist.

“It’s quite clear now that it has been successful,” said Sullivan of the school, which now offers education from Kindergarten to Grade 9. Students from grades 10 to 12 currently attend the Sun Peaks Secondary Academy, which is mainly community funded.

“It’s continuing to get bigger. So we have to address those pressures going forward.”

Sullivan said there is a need for two additional portables for the school, but it’s not clear where they will be placed.

Last week, the SD73 steering committee—which includes representatives of the school district and municipality—met to discuss the issue for the first time since the pandemic began.

“We want to just work with the mayor and council at Sun Peaks to come up with a solution so that we have an interim solution until we can hopefully get a new school built” said Sullivan.

Sun Peaks currently sits fifth on the school district’s capital build list, which sets out how it prioritizes what order schools will be built once provincial money is allocated.

SD73 is currently grappling with a surge of students throughout the district and is in the process of revising its catchment areas.

Sullivan said the district has been advocating for money for new builds.

“Our board has been quite aggressive in pursuing the province with our needs,” said Sullivan. “And so we have to continue to do that.”

Raine said he is supportive of a new school in the community. If built, it could easily attract around 200 students if its catchment area were expanded, he said.

Raine said the municipality has proposed the school by the east village on parks and recreation lands.

Maria Cannon, a former board member of the Sun Peaks Education Society (SPES) who now sits on the steering committee, said she’s hopeful a school can be built, as there is currently overcrowding in some of the younger grades.

“Currently there is a big pressure on the Kindergarten to Grade 9s,” she said, adding Sun Peaks Secondary Academy will also eventually feel space pressures as well.

Under the current educational system in place in Sun Peaks, students in grades 10 through 12 are educated in a non-traditional classroom setting operated by the Sun Peaks Secondary Academy, which has raised nearly $900,000 since its inception in 2010.

Students’ learning is facilitated through the Kamloops Open Online Learning program, and supported by a teacher, paid for by SD73, as well as an additional classroom facilitator, paid for by the education society.

Jenny Hawes, president of the SPES, said she’d also like to see a school built, adding the aim is for SD73 to take over education for Kindergarten to Grade 12 in the future.

“I think it’s critical at this point, over the next five years, because of the number of families that are moving to Sun Peaks,” she said.

“We are constantly playing catch up in terms of having space for all these students. The school system that we have is becoming a bigger and bigger draw for families.”

Trish Smillie, assistant superintendent of SD73, said the school district stands to be an especially attractive place for international students if a new school is ultimately built.

“Without having a facility there, we can barely support the number of catchment area students, let alone develop an international student program that can help with the economy of Sun Peaks,” she said. 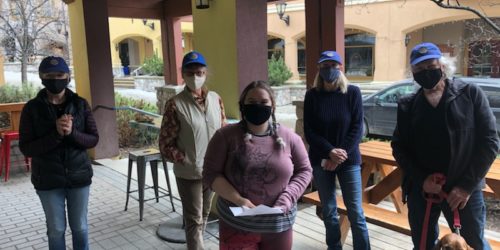 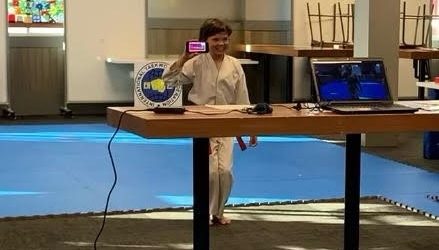