Contests are anything but easy in the age of COVID, but a Kamloops snowboard shop and Sun Peaks Resort LLP (SPR) have teamed up to make something special for the local community anyway.

The Sun Peaks Selection: A Socially Distanced Snowboard Media Event will run from March 3 to 15—and you can watch it all from your phone.

The event has been made possible by some quick thinking from its organizers.

Essentially, participants are being invited to upload clips onto Instagram, which will then be assessed by a veritable all-star set of judges that includes regional snowboarding legends Helen Schettini and Chris Dufficy.

Joel Hersey, co-owner of The Truth Skate & Snow, said the shop desperately wanted to put on something for the community in light of the fact that key snowboard events, such as the traditional rail jam and Bluebird Banked Slalom had to be cancelled due to COVID restrictions.

Hersey, who has worked in tandem with store manager Michelle Urquhart on the project, said that they’ve found a willing partner to collaborate with  the folks at SPR.

“I think the community needs it,” said Hersey, speaking of the importance of the event.

“We just want people to get out there and ride their snowboard first and foremost.”

Hersey added that the shop has been working particularly close to SPR’s Ryan Boucher (park crew), Joey Riegler (grooming) and Jeff Topham (events coordinator) to put on the event.

The contest will consist of five features: the blue line, spine (hip), the three pack, Jaws, and the rail garden. Each of these features will have its own sponsorships.

Winners can expect to take home some fine new gear, including snowboards and other hard goods.

The judges are looking for cleanliness and style of trick, as well as documentation by filmer.

The contest is open to all ages.

Hersey, who has a long history of working in the snowboard industry and putting on events, said he’s particularly excited to see what people throw over Jaws, which is essentially a double quarter pipe takeoff with a landing in the middle

“There’s no question that the one that probably holds the most variance of options for a single trick is Jaws,” he said. “That’s a new feature that you start to see in other contests like the US Open, LAX Open X Games.”

The event also promises to be the first that The Truth Skate & Snow is putting on, marking an important passing of the guard from Oronge Boardshop, which long held down the local scene through its many events and closed its doors last year.

Hersey said that he hopes people understand that the shop’s goal is to carry on Oronge’s legacy and nurture the boarding community in the same way it did.

You can listen to Hersey and some of the other organizers break down the event on Instagram by clicking here.

How do you enter?

Participants can post their videos directly onto Instagram. To enter, riders must follow and tag all three accounts below, include the two hashtags, as well as the appropriate zone hashtag(s) for each video submission. Helmets are mandatory. 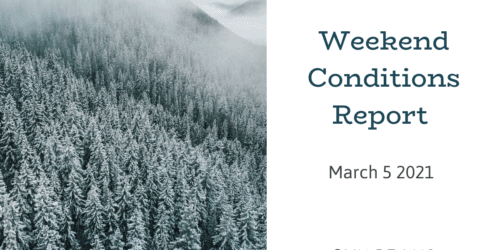