Resort-owned daycare will transition to employee and guest-only model at the end of the summer
Joel Barde  | June 9, 2021
0 shares

A move by Sun Peaks Resort LLP (SPR) to turn the Sundance Kids Centre into an employee and guest-only daycare is putting added pressure on local families who have few other options to turn to when it comes to affordable childcare in Sun Peaks.

In May, the Sundance Kids Centre announced it will be changing its criteria for enrollment.

“We understand that this change creates challenges with limited daycare options, however it is required in order for the centre to prepare its return to what has been its primary function, resort guest childminding.”

Parent Vicky Kosciuw said while she understands the resort’s rationale, there is no other childcare option in Sun Peaks for her young family, given that the other operating daycare, Mountain Kids Daycare, already has a long waitlist.

The Kosciuw family has therefore opted to take care of their kids, who are three and one-and-a-half years old respectively, full-time for at least the next year.

Kosciuw said  the couple will continue to work and  they are grateful  their employers have been flexible when it comes to setting  hours.

“My husband works as a head chef, so he’s doing three days at 10 hours, and I’m doing two days at 10 hours, plus my own home business,” said Kosciuw, adding  neither she nor her husband have  family in the area to help out.

Kosciuw added she knows of at least two or three families who are in a similar boat as her, in that they too are having to find alternative childcare options.

She said given the challenging daycare situation, some area parents are turning to the private market—but this option is unfortunately prohibitively expensive for the family.

“I know a lot of people are going the private route, hiring a nanny or someone to come in and look after the children,” she said.

“But unfortunately, our wages don’t cover what they would deserve to be paid. So that’s not an option for us.”

The challenges facing the Kosciuw family are emblematic of larger issues facing Sun Peaks, which is growing at a fast rate and has seen an influx of young families in recent years.

Sun Peaks Mountain Resort Municipality (SPMRM) Mayor Al Raine said the municipality recently met with Katrina Chen, the provincial minister for state and childcare, to discuss the community’s need for a new daycare building that could serve 30 to 35 kids. According to Raine, the meeting went well, and the minister said the province could provide up to $3 million for any one community for such a building based on $40,000 per child.

As for a potential site, Raine said he thinks east of the proposed east village on the proposed school site could work.

Council has already proposed the site to School District 73 for housing a new school. Sun Peaks is currently sitting fifth on the district’s capital list for new school construction.

The Sun Peaks Elementary School currently has 125 students, with projections of 149 students next year. Ten students are currently on the waitlist.

Yet with no real timeline for a brick-and-mortar school or daycare to be built, Raine said interim measures, which could take the form of portables, are needed. They could be accommodated at the proposed new school site and be used until a new building is built, he said.

“Our hope is that we can address daycare in 2022,” said Raine. “It really is needed, and I was very encouraged by Minister Chen and our meeting with [her staff].”

In an email to SPIN, Aidan Kelly, chief marketing officer for SPR, said the resort is supportive of the creation of a new daycare, and the original intention for the Sundance Kids Centre was always for it to be for staff and resort guests.

“The focus is really to return to the roots of a resort guest focused facility, which was always the intention, but with the ability to maintain a number of spaces for employee children,” he wrote.

“At the same time, we are very active in conversations with other Sun Peaks partners on how to address the overall community needs from a childcare perspective. The development of this element is very important as the destination continues to evolve.”

Meanwhile, the Kosciuw family will enjoy the next couple months, until their three-year-old has to return home. Kosciuw said their child has learned a tremendous amount in the past year, having benefited from the centre’s excellent staff and spending time with kids his own age.

With regards to a new daycare, she said the need is urgent and important for the community to address.

“I know that the community’s big push of the last couple of years, since I’ve been here, has really been on getting the startup families to move here and to make [Sun Peaks] their home,” she said, adding a lot of people have done so.

“But unfortunately, now without certain facilities, it is making it a hard place for startup families to be able to make a living and bring up the next generation.” 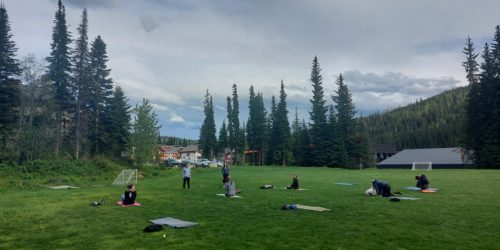 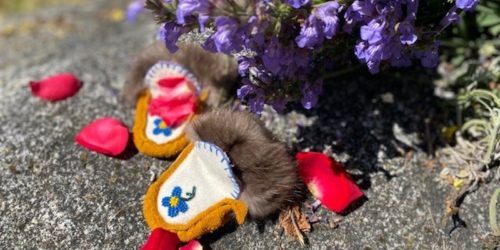 Non-Indigenous people — here’s what you can do, right now