The #hashtag take over

You see them everywhere nowadays—in the newspapers, on TV, on advertising materials—for many, hashtags are part of everyday life.

Yet, “what’s a hashtag?” is a frequently asked question by those new to the social networking scene.

Hashtags were created in August 2007 by Google developer Chris Messina after he tweeted, “How do you feel about using # (pound) for groups. As in #barcamp [msg]?”

As the question above illustrates, hashtags are created when “#” is added to a set of words or string characters. They’re used as a way to group conversational topics for ease of searching. Although tags may appear on LinkedIn and Facebook or in text messages, hashtags are only searchable on Twitter, Google+ and Instagram and, unless using them for fun, they are the only platforms where hashtags should be used.

Simply clicking on an existing #hashtag will take you to a search result revealing tweets that use that same hashtag. Adding a hastag to your tweet brings you into the Twitter conversation giving it a higher chance of being viewed.

It’s particularly important to gain an understanding of the hashtag topic before adding it to your tweet as clothing company Celeb Boutique learned.

When @celeboutique’s social media person noticed #Aurora was trending they assumed it was related to their clothing line. Their tweet read:
#Aurora is trending, clearly about our Kim K inspired #Aurora dress 😉

#Aurora was in fact trending due to the movie theatre shooting massacre in Aurora, Colorado. After a flurry of angry and upset tweets sent to their account, @celebboutique deleted the tweet and shortly after added a statement to their website and used several consecutive tweets to apologize for the insensitive tweeting error.

We are incredibly sorry for our tweet about Aurora—Our PR is NOT U.S. based and had not checked the reason for the trend, at that time our social media was totally UNAWARE of the situation and simply thought it was another trending topic—we have removed the very insensitive tweet and will of course take more care in future to look into what we say in our tweets. Again we do apologise for any offense caused this was not intentional & will not occur again. Our most sincere apologies for both the tweet and situation.

Although hashtags are often used in times of crisis they can also be used to promote events. When creating your own tag for an event there are a few simple rules to follow. Don’t make it too long. Tweeters only have 140 characters to get their point across, so long hashtags leave less room for the actual message. Use acronyms where possible. And lastly, let your followers know what your tag is for you event, before an event and during an event so they can tell others about it in real time.

Combining words to make a long hashtag can be used as humour such as #hadagreatdayattheoffice but should be avoided in everyday business tweeting. Also, using too many hashtags in one tweet is distracting to readers:
Great food at Earls restaurant #summer #dining #yummy #dessert #friends #cocktails #fun #hungry #whocares

Also, don’t tweet every word as a hashtag—it’s meaningless. @Marz_mcgehee illustrates how not to use hastags below:
#new #to #twitter #dont #get #hashtags #yet

You can also use tags to tweet about a location such as #sunpeaks #kamloops. Tweeters will often use a city’s airport code instead of its name #YVR (Vancouver) #YYC (Calgary).

Last of all, don’t confuse using @ instead of #. @ refers to an actual Twitter name and will send a message to that tweeter.

Tweet me @peaksmedia and let me know what your favourite hashtag is.

Scheduling allows you more time to be social 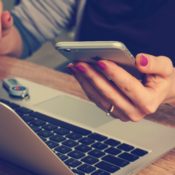 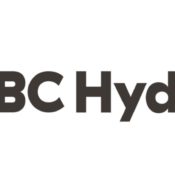 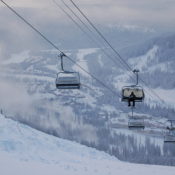 Who am I speaking to? Artificial intelligence grows in tourism industry 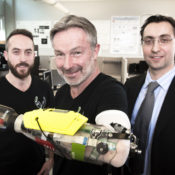