It was a star-studded lineup at Kamloops club Cactus Jacks last February. The massive show featuring Tommy Lee and DJ Aero, and Skrillex was one of the biggest live concerts to hit the city. The three artists are currently working through their Project Blue Book Tour in Canada and the United States. It’s an intense lineup of electronic music stars, all from varying backgrounds.

As many know, Tommy Lee is the drummer of ‘80s rock band Mötley Crüe, as well as frontman for Methods of Mayhem. While continuing with his rock career, Lee has branched into electronic music, having teamed up with legendary DJ Aero.

DJ Aero, or Chester Deitz, has been a popular hip hop DJ for years as a member of the Heavyweights, who’ve backed artists such as Snoop Dogg, Everlast and Korn. His heavy electro house sound has been topping rosters for events such as Climate Music Festival and the Winter Music Conference. DJ Aero and Lee had their debut performance together on Ultra Music Festival’s main stage in 2004 and have been taking stages by storm since.

Born in 1988, Skrillex is the youngest member of the tour. Although Skrillex has only been producing for three years, he’s already been signed to Mau5trap, and is headlining shows. Skrillex, a.k.a. Sonny Moore, hails from Los Angeles and comes from a post-hardcore background, having been a member of bands such as At Risk and From First to Last. His signature sound has taken songs like “Scary Monsters and Nice Sprites” to new heights. Mixing fidget, electro house and dubstep, his sets are unbelievably insane. Let’s hope he can keep up with the touring schedule.

Sofia Toufa, Lee’s girlfriend and vocalist on Deadmau5 tracks “Sofi Needs a Ladder” and “One Trick Pony”, also made a guest appearance singing live during the Skrillex set.

This mixed bag of amazing artists made for an exciting night of musical madness. It was hot, sweaty and a little crazy at times. It was great to see rock drummer turned DJ Tommy Lee going insane up onstage—not literally, it’s probably too late for that. Whether he hasn’t come to terms with getting old or really loves to explore new musical opportunities remains a question, but he hasn’t lost his energy. Many, such as this music lover, have paid over $80 for a seat at the back of GM Place in Vancouver to see Tommy Lee perform with Mötley Crüe, so to be able to see him up close for less than half the price was an experience in itself.

With so many great events underway this year, it seems that Kamloops is finally embracing a younger music scene. While it’s arguable that it’s better to go to a club to see a band or DJ as opposed to a stadium, shows like the Project Blue Book Tour are a testament to the potential of Kamloops live club music scene. 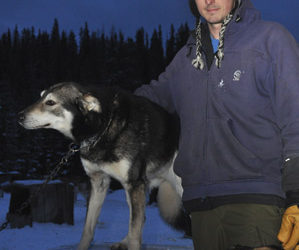 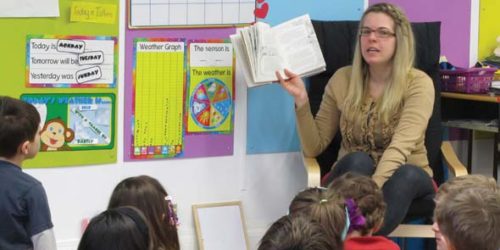