Nancy Greene Raine was inducted into the Tourism Industry Association of Canada Canadian Tourism Hall of Fame on Nov. 27.

Raine serves as the director of skiing for Sun Peaks Resort LLP and has played a pivotal role in the development of ski and race programs at Sun Peaks and Whistler.

“It’s a very unexpected honour, I’m very pleased,” said Raine. “The industry is pretty big across Canada and a lot of people have done a lot of great things.”

From working to promote Canada to tourists from Asia to promoting skiing Raine has spent the majority of her life highlighting Canada.

“I’ve been plugging away at it for 50 years…working to promote skiing as a valuable part of Canadian tourism, that’s been my goal.”

She was named Canada’s female athlete of the 20th century, won gold and silver medals in alpine skiing at the 1968 Grenoble Olympics and overall World Cup titles in 1967 and 1968. Raine holds the Canadian record of 13 World Cup titles.

She will join other industry leaders in the hall of fame such as Peter Armstrong, founder of Rocky Mountaineer Vacations, Rick Antonson, president of Tourism Vancouver, Hans Gmoser, founder of Canadian Mountain Holidays and Ian Ross, owner and operator of The Butchart Gardens.

Raine will receive the award in Ottawa on Tuesday. 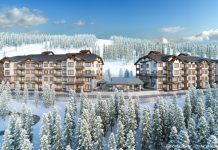