Over Thanksgiving weekend, many skiers and snowboarders may have given thanks to Mother Nature for the first signs of snowfall, but what is the forecast for the rest of the winter?
Jarrett Hofmann  | October 16, 2020
0shares

High mountain regions of B.C. and eastern Alberta got their first significant snowfall of the season this past week dropping up to 15cm of snow in areas according to Environment Canada, sparking excitement in skiers and snowboarders across Western Canada. With that, we decided to take a look at winter forecasts so you can be prepared for a winter that may come sooner than you think.

Another storm is expected to make landfall this weekend bringing two to four centimetres of snow to Sun Peaks. Along with the first signs of ski season, we checked out the recently released 2020/21 winter forecasts by Accuweather and the Farmers Almanac to give you the latest on what to expect this ski season.

Brett Anderson, senior meteorologist with Accuweather, has spent 10 years trying to predict winter weather patterns, and said La Niña will be playing an important role in this season’s increased precipitation amounts and lower than average temperatures.

“La Niña is an abnormally cooler sea surface temperature along the equatorial Pacific Ocean which impacts the strength and position of the jet stream that stretches across the northern Pacific Ocean and North America,” Anderson said.

“Because of La Niña, there will be two distinct storm tracks which will deliver numerous (winter) storms into southern B.C.,” he added.

The storm tracks will bring higher than normal rainfall along the coast whereas higher elevations in the coastal and southeastern B.C. mountain ranges will see above average amounts of snowfall.

The Farmers Almanac echoed similar predictions with slight alterations, calling this season “The Winter of the Great Divide: Wet, white, and wild in the West, everything crazy in the East.”

According to the Farmers Almanac, eastern B.C. will see below average temperatures whereas the coastal part of the province will be on par.

As far as precipitation amounts, above average amounts are expected in western B.C. due to incoming storms from the Pacific, according to the Almanac which said “if you are a fan of snow, head to the mountains for great skiing.”

Environment Canada has issued snowfall warnings for parts of B.C. and Alberta today. B.C. areas include: Eagle Pass to Rogers Pass, Tête Jaune Cache to the Alberta Border, as well as Yoho and Kootenay National Park. Alberta warnings include: Waterton, Banff, and Jasper National Parks, Kananaskis provincial park plus much of the southern half of the province.

According to Accuweather’s Sun Peaks forecast, residents can expect their own blanket of snow this weekend beginning Saturday night with forecasted temperatures dropping to minus four degrees celsius and a 50 per cent chance of snow accumulating two to four centimetres overnight before temperatures rise to above freezing temperatures Sunday morning bringing flurries. 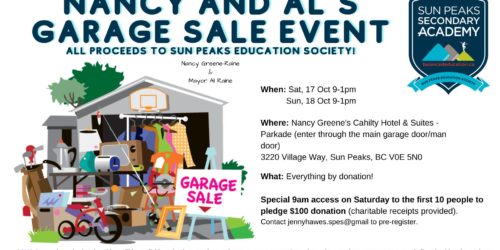 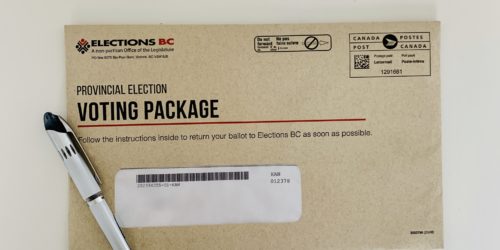 Voting this weekend in Sun Peaks