A return to normal is in sight for Sun Peaks fitness and yoga purveyors, but for now the community’s studios are continuing to operate in an adapted manner.

For Sun Peaks Yoga, that means holding classes outside.

The studio recently struck an arrangement with Sun Peaks Resort LLP to allow it to hold socially-distanced classes on the soccer field above the Sun Peaks Centre.

Sun Peaks Yoga will continue with outdoor classes throughout the summer, while looking to supplement its outdoor offerings with indoor classes in July, depending on what restrictions are still in place at that point.

Sun Peaks Yoga owner Kayla Alfred said the young studio’s clients have welcomed the transition to outdoor classes. She said  some clients haven’t been able to attend online or in person since the pandemic began.

“I have received a lot of really good responses saying they were really happy to come back, and they were happy to practise outside,” said Alfred.

Outdoor classes, which offer lots of room for socially distanced people, create an environment where people can feel safe and still practise yoga in a community setting, she added.

Announced on May 25, Step 1 of the province’s Restart Plan saw the province re-allow low intensity exercise classes after temporarily halting them on March 30 to tamp down surging COVID-19 case counts.

Under Step 1, all participants must wear masks and classes are limited to nine students per instructor.

That could change come July 1, the earliest possible date for Step 3 of the Restart Plan.

Step 3 will allow for a return all indoor fitness classes at usual capacity. For Step 3 to go ahead, at least 70 per cent of B.C.’s 18-plus population must be vaccinated with dose 1, case counts must be low, with declining COVID-19 hospitalizations.

Alfred said she welcomed the clarity of the Restart Plan.

“I’ve been able to start planning events,” she said. “We might have to put them off by a couple of weeks, but at least we know where we’re going.”

One such fun event is set to take place on Canada Day (July 1).

The studio will offer a yoga class located on a picturesque site overlooking the 14th green of the golf course.

“I think it’s going to be a really beautiful place to do yoga,” said Alfred.

Participants will meet up in the village and cross-country mountain bike to the class, with the option to carry on to the lake after.

He said this is because under current social distancing requirements, he would only be able to have around two or three people in the classes if he wanted to keep the gym open at the same time.

Like Alfred, Petersen commended the Restart Plan, and expressed gratitude that the gym was able to operate throughout the circuit breaker period.

Petersen opened Alpine Fitness in October, during the heart of the pandemic. He said while it’s been a “learning curve adjusting” to the protocols in place, the gym has played a positive role in people’s lives over the last several months.

For those looking to get involved, Alpine Fitness is offering up to 40 per cent off its intake classes for new members.

“We have awesome trainers that can work one on one to kind of show you everything,” said Petersen.

Petersen said the goal of the gym is to create a safe space that is welcoming for people of all fitness levels.

“We strive to create an inclusive space and a safe space for people to come along and all ability levels,” said Petersen.

Reflecting on the challenges of the pandemic, Alfred said one positive thing that’s come out of it is how Sun Peaks Yoga has been forced to adapt and appeal to a broader audience. Instructors have learned how to set up microphones and cameras to deliver their instructions online.

“There have been ups and downs, and there’s been a lot of learning and adapting and growing,” she said. “I may not have been pushed to do outdoor classes…if we were just operating systems as usual.” 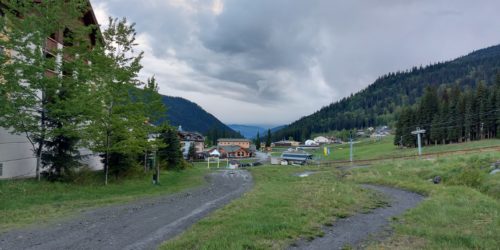 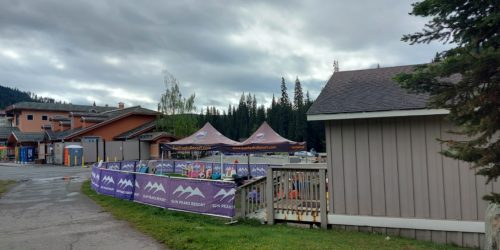