The Oct. 15 debate was moderated by SPIN and saw full participation from all five Kamloops-North Thompson candidates.

The event was moderated by SPIN’s publisher, Brandi Schier.

In the lead up to election day (Oct. 24), SPIN has taken stock of some of the candidates’ claims and, in the words of the great Stephen Colbert, assessed them for their “truthiness.” In other words, just how accurate were they?

How much will be spent to help out hard-hit businesses?

Sadie Hunter discussed the NDP’s plan for economic recovery. In her comments, Hunter said the NDP has set aside $100 million for the tourism industry, another $300 million in grant funding for businesses, as well as “another” $50 million to support the tourism sector.

The government has indeed set aside $100 million for the tourism sector. As part of its economic recovery plan, $50 million will go towards tourism-dependent communities, marketing for regional tourism, and a recovery strategy for the province’s tourism agency.

The other $50 million will be dispensed according to the recommendations of a tourism task force. In addition, qualifying tourism businesses will be able to access grant money for small- and medium- sized businesses. Tourism businesses can also access a top-up for their grant of $5,000 and $10,000 depending on the size of their business.

There is, however, no “additional” $50 million in addition to the $100 million, as Hunter’s comments made it sound.

Peter Milobar, the BC Liberal’s candidate, criticised the NDP’s handling of recovery spending, saying the requests of the tourism industry have been “completely ignored,” and the application process and timeline for payment isn’t clear.

It is true that the tourism industry didn’t get anything near what it was asking for. The Tourism Industry Association of British Columbia (TIABC) asked for $680 million, but the province’s re-start plan only set aside $100 million (not counting grants that have been made available to small- and medium- sized tourism businesses).

Though reaction to the NDP re-start plan has been mixed, tourism industry representatives have tepidly endorsed it, with a letter from many stakeholders, including TIABC and the British Columbia Hotel Association, calling it a “good start.”

Businesses looking to access the $300 million in recovery grants for medium- and small- businesses can already do so via a provincial webpage. It appears good to go. As for the $100 million, the tourism task force is suppose to decide on how to spend half of this money before the end of the year, while the other half, which will be spent largely on tourism marketing, will presumably be spent starting immediately.

What happened to the Rural Dividend Fund?

Milobar said that the NDP got rid of the Rural Dividend Fund—which provides funding of up to  $25 million a year to assist rural communities with a population of 25,000 or less—and called on it to be reinstated.

It’s true that last year the NDP government stopped  the Rural Dividend Fund. The money has been temporarily redirected into a new forestry worker program designed to assist out-of-work forestry workers transition to other work or retire.

Who is tapping public utilities for party gain?

Hunter criticized the BC Liberal’s track record on ICBC and BC Hydro, saying that while in power the party took money from both entities, and that ICBC insurance doubled in cost under Liberal leadership.

It’s true that the BC Liberals drew from both ICBC and BC Hydro while in power, a move that was criticised by the NDP at  the time.

In fact, between 2010 and 2016, the previous Liberal government took more than $1.2 billion in profits from ICBC. As part of wide-ranging reforms to the crown corporation, the NDP recently passed legislation forbidding the government of the day to take “surplus optional capital” out of the public insurer for its borrowing capacity.

SPIN did not find any evidence that ICBC doubled in cost under the BC Liberals.

Why is it so expensive to insure a condo?

Hunter also accused the BC Liberals of cancelling the Leaky Condo Program—which provided zero-interest provincial loans to help owners make repairs to their condos—and said the party “refused to regulate any of the maintenance of repairs” of condos. The BC Liberals also created a loophole in leaky condo legislation, allowing stratas to put off depreciation reports of a building’s condition, she said.

It’s true that in 2019, the BC Liberals quashed the interest-free loan program that was put in place and run through the B.C. Homeowner Protection Office.

Also, when mandating the repair of leaky condos, the BC Liberals included an exemption giving owners an exemption from repairs if three-quarters of a strata’s owners refused it.

Milobar said the NDP is taking advantage of sky-high strata insurance rates through a “premium tax on insurance premiums”.

It’s true that the province includes a 4.4 per cent tax on insurance premiums that applies to strata owners. The BC Liberals want the NDP to do away with the tax. This is one of a number of measures the party has called for to reduce the cost of insurance for condos. For its part, the NDP says that it may bring in a public insurance option for stratas in 2021 if costs don’t improve.

How much will this whole election cost?

Independent candidate Brandon Russell said that the election is expected to be costing somewhere around $140 million, which is more than tourism allotment was given for tourism in British Columbia.

Election costs aren’t tabulated until after a provincial election, but if previous figures are any indication, taxpayers shouldn’t expect a figure anywhere close to $140 million. For example, Elections BC spent $34,808,125 to administer the 2013 election, or $10.96 per registered voter.

Russell also said there is lots of “controversy” with mail in ballots, and that young people don’t want to vote because of it (young people).

Unlike in the U.S., there hasn’t been widespread doubt cast on the integrity of the mail-in voting in B.C. (It helps, perhaps, that we don’t have a notorious demagogue in office.)

Elections BC is anticipating a dramatic rise in mail-in voting, projecting about 35 per cent of voters will choose to mail it in, compared to one per cent in normal times.

Who is on the hook for the wiped out Clearwater River Road?

Just who should pay for the road repair of the Clearwater River Road was the topic of some of the most heated discussions of the night.

A section of the road was washed out on July 2, effectively blocking the way to some prime rafting and kayaking areas. Two local logging companies have stepped up with an offer to repair the road.

Milobar said it’s not fair for the companies to fund the repair, which he said would cost $1 million, and said that he insisted it was made “rock solid” within the BC Liberals platform.

In response, Thomas Martin, the BC Green candidate, said BC Parks and the Ministry of Forests had their budget slashed when the BC Liberals came to power in 2001.

It’s true that two local logging companies stepped up with an offer to fix the road this summer.

It’s also true that the BC Liberals have faced major criticism for its funding, or lack thereof, of BC Parks. In a 2011 column that appeared in the Georgia Straight, then NDP Environmental Critic Rob Flemming accused the Liberals of neglecting BC Parks and eliminating “hundreds of scientists, conservation officers, and other staff critical to maintaining and protecting our parks.”

Yet despite promises, the BC NDP have failed to increase funding to BC Parks since taking office three years ago. As reported by The Narwhal, the NDP’s election platform said that it aimed to increase BC Parks budget by $10 million in each of 2018-19 and 2019-20 to restore parks and hire additional park rangers and conservation officers, yet none of this appears to have happened. According to budget documents, BC Parks budget increased by $416,000 since 2017-18, according to The Narwhal report. 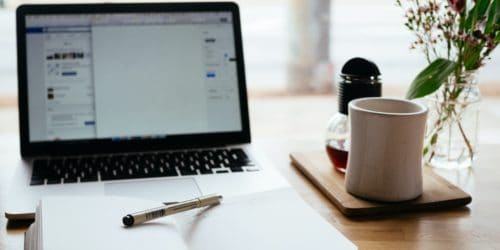 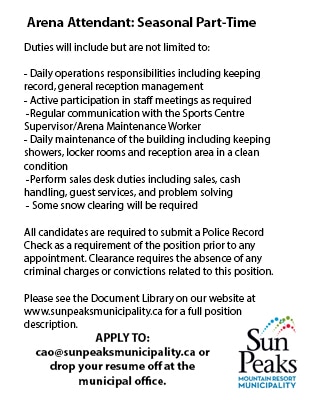 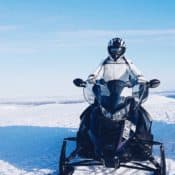