A local weightlifter was thrilled to take a podium finish at a recent competition after a six year absence from the sport.

Alanna Vignale headed to Winfield (near Kelowna), on August 15, to participate in the 9th Annual Ogopogo Weightlifting Open, run by the BC Weightlifting Association.

It was Vignale’s first competition since moving to Sun Peaks six years ago. A lack of weightlifting facilities and a desire to take up other hobbies saw Vignale put her training to rest.

When Hamish and Tori Charlton recently started Black Beaver Athletic, Vignale was quick to sign up and get back into training.

“I’d known Hamish for years, so I started working with him. I’m now training four days a week, both CrossFit and weight training,” she said.

The training evidently paid off, with Vignale finishing in third place in her division.

Olympic weightlifting is scored on two categories, the snatch, where the lifter raises the barbell from the ground to overhead in a single, continuous motion; and the clean and jerk, which uses two motions to lift the barbell from the floor to chest height, and then to an overhead position.

Vignale snatched 56 kilograms and performed a clean and jerk of 66 kg, for a total score of 122 kg.

“I’m pretty happy with the result. It was pretty good for my first competition back,” she said.

“It gave me a good idea of what I need to do at the next competition to qualify for my goal of reaching the provincials in December.” 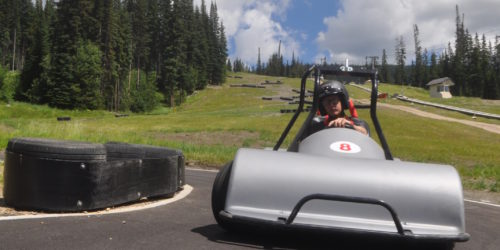