On July 17, 19-year-old Westin Newcomen will swim across the Kamloops-area lake for the second year in a row. He and his family hope it will become an annual fundraiser for the Special Olympics — Newcomen is an athlete on the organization’s Kamloops team.

Michael Maveety, Kamloops Special Olympics fundraising coordinator, said the idea for the 2021 fundraiser came from a conversation he had with Newcomen’s mother. And after last year’s success, they’ve even stepped it up a notch.

“Last year, he just went across the lake once,” Maveety said. “He’s going to try and return back to the dock as well. So it’d be twice the distance … It’s about a kilometer of swimming. For him, that’s really awesome.”

Newcomen has severe developmental delay, autism and a seizure disorder. He learned to swim in indoor pools as a toddler, but grew up swimming in Paul Lake after his parents bought a house on the water.

He also has a support worker who has worked alongside him for many years as he further developed his swimming skills.

“He has his own unique swimming stroke that he does. It wouldn’t be a traditional stroke that any of us would use,” Maveety said. “A lot of the special needs [athletes] swim their own style. However they learn, that’s the stroke they use.”

Maveety said Newcomen could even participate in the Special Olympics one day because the freestyle section allows competitors to use whatever way of swimming they are most comfortable with.

Maveety added they’ve had more advertising this year for the fundraiser and have seen a bigger response. The original fundraising goal was $2,000 but has already exceeded $3,200, not including cash donations. The event is also being sponsored by Safeway.

“It’s amazing to see all the support around it,” Maveety said. “Especially with such a great little athlete like Westin … He’s just a bright light.”

The swim will take place at 2180 Paul Lake Rd. at 9 a.m. this Sunday, and anyone is welcome to attend. To donate, visit sobccommunity.crowdchange.ca. 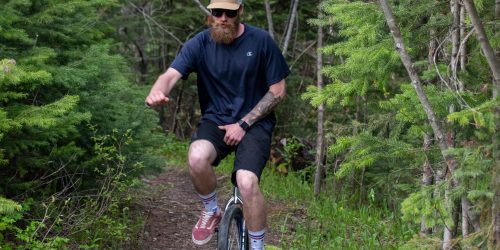 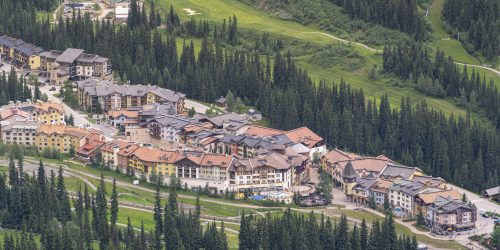