Nathan Cross originally thought he’d be here for ‘five-year transition,’ but soon found that he’d stumbled upon something special

Spend enough time in a ski resort and you realize pretty quickly that skiers and boarders have their own style.

Describe it as you will, few would call it formal.

So when Nathan Cross—the longtime Bottoms Bar + Grill manager—turned up for his first day of work at the pub 15 years ago, he looked a little out of place.

“I showed up as a 22-year-old in this baggy pinstripe suit, where now, 15 years later, I wear a hoodie to work like every day,” said Cross with a laugh.

In this strange COVID year, Cross is celebrating his 15th anniversary at Bottoms, an establishment that’s known as an iconic ski bar.

Yet oddly enough, Cross has never stepped onto the actual mountain in those 15 years—his knees won’t allow it.

But that’s not to say that he doesn’t love ski culture and the dynamic it creates.

“You could have a Wall Street millionaires sitting next to a broke lifty and they’re talking about how great their day was,” remarked Cross. “Everyone’s doing the same thing. They’re getting exercise,and enjoying the outdoors. It puts everyone on the same playing field.”

After almost a decade of managing Bottoms, Cross bought into the establishment, becoming a partner in the business. The move allowed him to cement his career in the resort.

“When I first came here, I honestly thought it might be a five-year transition for me,” he said. “I wasn’t really sure what I wanted to do.

“And then I clearly realized that it was something I was really enjoying. I was starting a family of my own. So it just made sense to me to [become a partner in the business].”

“I kind of grew up in that building,” said Cross. “So I’ve literally grown up in this industry.”

Reflecting back, Cross said the business climate is much improved from his early days in the resort. While there are still seasonal ebbs and flows to business, they are nothing like they used to be, with summer and shoulder seasons traffic increasing due to some smart strategic moves by the resort and Tourism Sun Peaks.

“It was a different vibe that’s for sure, trying to grind through the summers,” said Cross of those early days. “There are still fluctuations, but it’s much more manageable, and I think that’s because of the community.That’s what separates Sun Peaks from other ski resorts that don’t have that year round community to support it.”

Cross, who moved back to Kamloops ten years ago to start a family, said he’s also been impressed by how the community has grown over the past 15 years.

“When I started here, there wasn’t much of a year round community, it was small,” he said. “And now it is to the point where there’s over 100 kids in the school and a real community.”

Cross’ time in Sun Peaks has introduced him to countless friends, with one being the late Bryn Taylor. Cross was one of a group of Taylor’s friends who started the Bluebird Day Fund, which supports youth in accessing skiing and boarding.

But does he have any good stories from famous Bottoms nights?

“Oh, man, those stories are for locked doors,” he said with a laugh.

“I’ve absolutely loved every year up here and being surrounded by such a great supportive community. I’ve been very wealthy in experiences here, to be a part of this community for this long and have a business here this whole time has been great.” 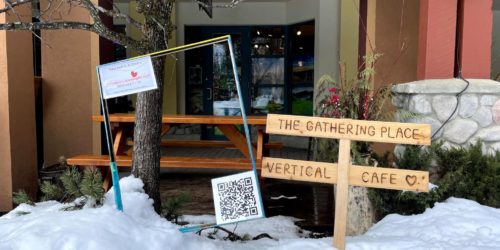 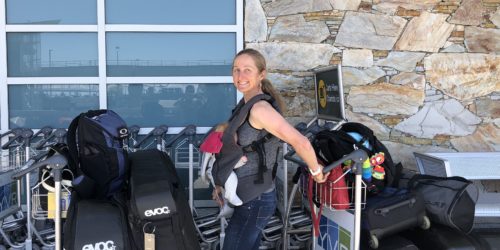