Many people may think there’s no chance of seeing bears at Sun Peaks during the winter. But there are some who don’t hibernate and actually thrive during ski season.

Gathering in a circular pack, the Polar Bears typically meet on Wednesday mornings near the Sunburst chairlift. They are a vivacious group of hardy females who ski and feed together.

“I think 40 to 45 was the largest group I’ve seen,” said long standing member Joan Wilson, who joined around eight years ago after hearing about the sporty troupe during chairlift chatter.

The pandemic has, of course, disrupted their schedule, so while the Omicron variant is circulating they are focusing on skiing in separate bubbles. However, a typical Wednesday would see them congregating en masse at Cahilty Creek Kitchen for a “loud and lovely” lunch, with everyone revealing the face behind the mask and comparing “helmet hair,” said Wilson.

For optimum skiing, they break up into smaller packs on the slopes. Now a veteran, Wilson often volunteers to guide a group around her favourite runs in the West Bowl and Top of the World.

“The ‘Mama Bear’ is an informal leader who helps with breaking the group into manageable segments by choosing a certain area or type of runs to ski,” she explained.

Other Mama Bear roles include safety and keeping everyone together. Most members sport Polar Bear badges on their helmets or ski jackets, but leaders are awarded the coveted Mama Bear t-shirt.

The Polar pack varies from week to week.

“The smallest group I’ve seen was five, three or four years ago,” said Wilson. “It was one of those -25C bluebird days, so cold it hurt but wonderful conditions.”

Membership includes full-time residents as well as those who live in Sun Peaks for the winter season. One of their most illustrious advocates is Nancy Greene Raine, who occasionally joins for skiing or lunch.

“I skied with Nancy as our leader one day and she was all about having fun,” said Wilson.

Beyond the stellar skiing, the Polar Bears are focused on friendship.

“Skiing with the Polar Bears means camaraderie, finding new buddies for other activities, meeting people from different backgrounds and countries, sharing stories about each other, improving my skiing,” said Wilson, who originally moved to Sun Peaks from Ottawa.

Not to be outshone, some of the Polar Bears’ partners formed the Grizzly Bears five years ago.

“Unlike the Polar Bears, we were and still are totally unorganized,” said Chris Wilson, Joan’s husband. “The original ‘core’ people were already well acquainted and would ski together on a regular basis anyway, but the group has now gotten larger and new people have joined us over time.”

Usually attracting around a dozen guys, numbers occasionally swell to 20, all kept in contact via Facebook Messenger app. Whenever the group grows, ‘blue’ and ‘black’ groups of six to eight are formed.

“We ski pretty much anywhere the group wants to go,” said Chris.

Although there are no official ‘Papa’ Grizzlies, someone usually steps up as the ‘Alpha Bear’ to choose the runs. Mostly retired, participants’ ages average around 55 to 70, all upper intermediate to advanced skiers. The optional lunch is always at Bottoms Bar & Grill.

“The vibe is your typical après-ski, a few laughs about the day and sharing some beers,” said Chris.

This winter the group re-started in early December with fewer numbers than usual due to the Omicron wave. Those cautiously continuing are following all health authority and resort protocols regarding COVID-19.

Beyond the sport and socializing, both Polars and Grizzlies are active in volunteer work around the community. Many have volunteered in the Friday Race Series, including Joan, who has also helped with annual specialty races.

“If there is a volunteer event that someone is involved with, the Grizzly Bear group is a good vehicle for them to encourage other members of the community to participate as well,” said Chris.

Like the Polars, the essence of the guys’ group is friendship.

“The Grizzly Bear group is just another example of the kind of social activity that the very lucky members of the Sun Peaks community can take advantage of to fully enjoy the active lifestyle we love so much,” said Chris. “I have met new people through the group and others that I might not have met otherwise. The members of the group frequently will ski together at other times, informally or pre-arranged.” 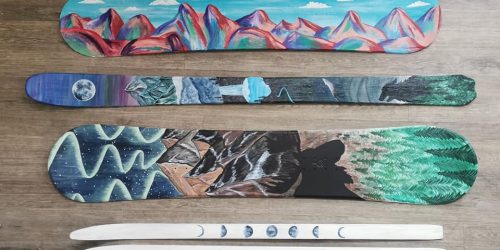 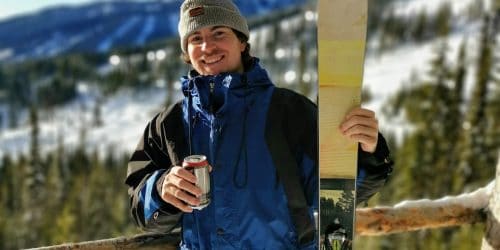 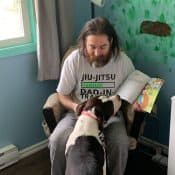 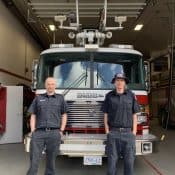 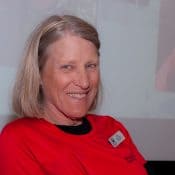 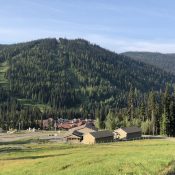