Celebrating life in spite of cancer When Jeremy and Amy Fehst’s then four-month-old daughter Madison had a slightly bloated stomach and a diaper rash that wouldn’t go away, they brought her to a walk-in clinic to find out if anything was wrong. They were told there was nothing to worry about and went home with a prescription for a diaper ointment.

But something was definitely not right.

“A week later, it wasn’t getting better and her belly was even getting bigger. The next week I went back to my regular doctor. As soon as they saw her, they knew something was wrong,” said Amy Fehst. “They didn’t want to alarm me but they checked her abdomen area. Her liver was so distended that it was causing her stomach to stick out like that. They looked at her diaper rash and they told me that it was a symptom of something bigger.”

It started a whirlwind day of going to the pediatrician and the hospital for a series of tests for Madison. The word ‘cancer’ slipped out of the X-ray technician’s mouth, triggering panic in the already nervous parents. It culminated with the Fehsts flying to B.C. Children’s Hospital via medevac the following morning.

“She was diagnosed with neuroblastoma, which is a rare form of cancer but it’s more common in children,” explained Amy.

It took four rounds of chemo and about a year before it was confirmed that the treatment was working and she was going to get better.

“She still goes to B.C. Children’s Hospital every six months just to do follow up treatments and to get some tests done,” she said. “Her last visit, they said she was doing so well that she didn’t have to do the big MIBG scan, just ultrasound and blood work.”

Madi is now an active four-year-old and, her family is happy to report, 100 per cent healthy.

Called Madi’s Marchers, the Fehsts form one of the teams in this year’s Relay for Life in Kamloops. The event will be held on June 11 from 10 a.m. to 10 p.m. at Riverside Park in Kamloops. Teams raise funds to reach their goal leading up to the event, and on June 11, members of the team take turns doing the relay on the track throughout the entire 12 hours.

Jeremy Fehst said they first started doing it soon after Madi was diagnosed, and they’ve been doing it as a family ever since.

“I think it’s important for general awareness, to raise money that goes towards those that are currently dealing with cancer and for those who, unfortunately, may encounter that at some point in their life. It’s far too common,” he said.

The money raised from the event will stay in Kamloops. Their goal is to raise $5,000 this year (last year they raised $4,300). They’ve got the entire clan’s support with grandparents from both sides and family from Calgary and the Coast joining in.

The relay ends with a candle lighting ceremony. Jeremy said he likes that the event gives hope and celebrates life—both of the survivors and those who have passed away from cancer.

“You buy a white paper (for the candle lighting ceremony) and you can put whatever you want on it. You can say “In memory of…” or “Be strong so-and-so”. It’s interesting walking around, it’s near the end of the night and just seeing what people have said,” he said. “It kind of really gets to you when they light all the candles and you walk around and you see what’s written in it.” 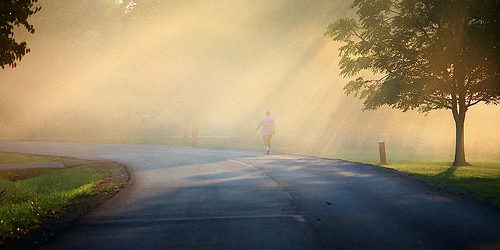 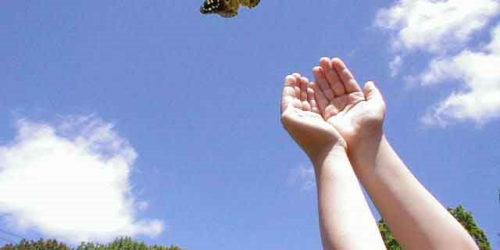 Letting go and moving on