On March 18 when Sun Peaks Resort announced they were closing early due to COVID-19, I was five months into my second Working Holiday Visa in Australia. I had barely grazed the surface of bucket list items I wanted to check off before returning home to my little mountain town. Things in Australia were starting to get more serious, but I was located in a country town that seemed more or less unaffected.

The decision to come home to Sun Peaks was very difficult because I was a week away from being able to move up north to Port Douglas and spend the last seven months of my visa living and working by the ocean. To add insult to injury, the fact I spent nearly five months in my first year working on farms to get the mandatory 88 days for a second-year visa, and not be able to take full advantage of that second year was a nightmare. I had not worked since Christmas and spent money travelling for three weeks. Without a job and no timeline for when I could work, returning home to Canada was the best option in a tricky situation.

On the 18th it became very apparent I needed to leave or I’d get stuck in Australia. I found a reasonable flight home on March 22. I would fly with Air New Zealand to Auckland, then San Francisco, and finally land in Vancouver. But the next evening, New Zealand announced the country’s borders would be shut in an effort to get ahead of the spread of COVID-19. At the time no statements were issued regarding transiting passengers, so I didn’t worry.

On Friday evening, I headed to Adelaide to spend the last night with friends who would drive me to the airport for my early flight the next morning. That evening I received an email to check into my flights. I tried to but was redirected to the airlines web page where I was advised I wouldn’t be allowed to board my flight unless I was a New Zealand citizen, permanent resident, or travelling with someone who was either a citizen or permanent resident. Panic set in because I was packed up, 15 hours away from my scheduled take off, and needed to rearrange everything.

After five hours on hold with the airline, my flights were cancelled, and a refund was on its way. I was emotionally spent but by this point in the evening it was early in the morning at home in Canada. I called my parents hoping they could find any new flights while I tried to calm down and sleep for a few hours.

Overnight, the Australian government warned it would be shutting down domestic borders between states. If I managed to get out of South Australia there was a very real possibility, I would not be able to return. The unsettling thing about that was I could get to Sydney, have my flights cancelled and be stuck. I didn’t have personal connections in Sydney.

While I slept, my parents had been searching endlessly for new flights, but they all were either thousands of dollars or going through countries I would not be allowed to enter.

They were also up-to-date with the news stories out of Australia so they ensured I had a contingency plan with a friend of theirs in Sydney if I got stuck behind closed borders and cancelled flights. Luckily, I found a reasonably priced ticket with a direct flight from Sydney on Monday morning and booked it right away. All I had to do now was get to Sydney.

My easiest option was to leave that night, Saturday, stay in the airport overnight and fly out to Vancouver on Sunday morning. This leg of my journey was the easiest to accomplish and I appreciate my friends for letting me stay with them and for driving me to the airport and seeing me off.

The overnight wait at the airport was horrendous. After finding a cozy area to set up camp, I was advised the terminal was closing and I needed to go to another location downstairs.

Fortunately, I met another Canadian girl and we stayed together waiting for our flights the next morning. We were moved two more times throughout the night until the security guards had corralled about eighty people into a small confined area. Confining a large number of people is exactly what was not supposed to be happening during this pandemic.

I was grateful I had a face mask, hand sanitizer and gloves for the close proximity of other travellers but they offered no relief for the hard floor we hoped to get some sleep on. At 3 a.m. the automatic doors opened on schedule and we were able to move around the airport once again. Still, we wandered aimlessly for six more hours waiting for our check-ins to open. The best thing about that night in the airport was connecting with a fellow Canadian traveller.

When boarding for my flight home commenced, it was as if everyone but me was new to boarding a plane. Every person was trying to be first on as if that would help with the general anxiety. With every step I took to get farther from someone crowding me, another person would step closer; it was a stifling, swarming mess of bodies. Eventually, every traveller was in their assigned seat and we were set to go. By this point I had not slept in twenty-seven hours. Unfortunately, I was sitting in the middle and a seat mate was extremely fidgety and up and down constantly throughout the flight.

After a very long fourteen hours with only sporadic moments of sleep, I landed in Vancouver. YVR was unusually quiet, but what was most surprising was the lack of COVID-19 security precautions. From friends who had returned to their home countries, I heard there might be one-on-one interviews, paperwork to sign, and temperatures taken. At several different locations, customs and border security asked, “How is everyone feeling? If you have symptoms of COVID-19 you have to tell us.” We were also told to use the many hand sanitizer stations. If memory recalls, returning home to Canada from Australia during a global pandemic was the easiest time I’ve had getting home from international travels.

What was different though was last time I came home my parents were waiting for me in the airport with balloons and video rolling. This time I waited outside, they pulled up, shoved my luggage in the back and we headed right out of Vancouver. There was no traffic and snow on the Coquihalla – my least favourite way to return to Canada.

So, now what? I’m home safe, I’ve done my fourteen days quarantine, I’m now self-isolating, and trying to fill my days with productivity but mostly binge-watching Netflix. I’m so grateful I was able to make it home in time with the assistance of both my Australian and Canadian families; that airline employees and airport security were coming to work, dealing with people who had been travelling all over the world; and that the collaborative efforts of all of them succeeded in getting me home safe and sound if not sleep deprived and emotionally exhausted.

My biggest takeaway from this unusual time is how connected we are in a crisis and how important friends and family are always. In keeping with this sentiment, I’d like everyone to remember that even though the weather is getting better by the day, social distancing is still so important.

Meet up with friends but keep a healthy distance. Treat everyone as if they have compromised immune systems and you’re trying to keep them safe. The more we focus on it now, the more we can look forward to enjoying summer. Do your part in flattening the curve. I did, and I will continue to do so. 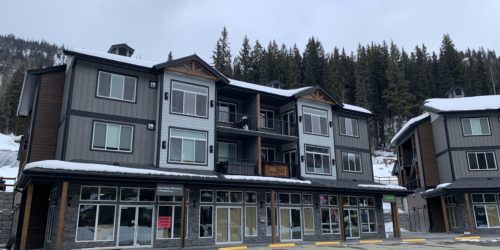