SPIN will be highlighting each of the major party’s candidates ahead of the 2021 federal election. Questions were composed with the help of you, the readers. Voting day is Sept. 20 from 7 a.m. to 7 p.m. and can be done at the Sun Peaks Grand hotel in Sun Peaks.

More on how to vote can be read by clicking here.

This interview has been edited for clarity and length.

SPIN: What is your connection to or knowledge of Sun Peaks and do you feel issues affecting rural and remote communities like Sun Peaks in the Kamloops-Thompson-Cariboo region are reflected in your platform? How will you ensure rural issues aren’t overlooked in Ottawa?

Frank Caputo: My knowledge of Sun Peaks goes back to when I was about 12 years old when I had a season’s pass skiing there and it was, I believe it was still maybe even called Tod Mountain at that time. I’m an avid downhill mountain biker actually, well I was primarily before I had kids. I’ve still got all my equipment but I frequently had seasons passes to the downhill mountain bike park. I love all of the trails there, Honey Drop being my favourite double black diamond, I’d go down just about anything there. My wife and I frequently will get out to Sun Peaks just for a bit of time; we really enjoy the tourism there when people come to visit, it’s a great place to take people to or go to for our anniversary [which was] in August. It’s wonderful to support the local economy in August because that’s a really slow time for Sun Peaks from what I can see, apart from the mountain biking. So, it’s very important to get out there and support the economy. I had the opportunity to tour the farmers’ market with Nancy Greene Raine and meet so many of the vibrant people of Sun Peaks– the artisans, the self made entrepreneurs who are selling so many of these wonderful handmade goods, I really like that.

In terms of rural [issues] and what our platform offers, our platform actually really does aim at the rural communities quite a bit. Kathy McLeod did a great job of serving the rural areas, but our platform emphasizes rural high speed internet for everybody by 2025. Overall, we have an affordability framework that is aimed at all Canadians, including rural Canadians. I’m not sure if you saw that we’ve got a lot that’s aimed at tourism in our platform. We have a dining credit and a vacation tax credit to encourage people to dine out on days when restaurants typically aren’t full like the Monday to Wednesday type of thing. And, our vacation credit is meant to get people out and vacationing when the pandemic is over. So, for instance, a couple that spent $2,000 on vacation skiing at Sun Peaks over the winter, they’ll get $300 back in a tax credit. So, our platform does, in my view, really significantly appeal to both urban voters but it also appeals to rural voters.

SPIN: Our readers have told us they are interested in combating climate change , and have raised issues regarding stopping the Trans Mountain pipeline, dealing with wildfires and a transition to net-zero emissions. How would you address these concerns in our riding?

Frank Caputo: Our Conservative plan is a strong plan when it comes to the environment. We have a plan to get to Paris 2030 targets, and our plan is independently verified. It, among other things, involves 30 per cent of building and selling of electric cars by 2030, as well as $5 billion in [carbon] capture. Wildfires have been a really big issue for our riding in the last four years. Everybody from 100 mile to Vavenby, to Sun Peaks have dealt with it. There are times when I’ve actually gone to Sun Peaks to try to escape the smoke or the heat. So, I’m really mindful of that and I recently met with residents of Monte Lake, who pointed out a property or properties and things that had been destroyed. When you see rubble where a house once stood, it’s very humbling. Our Conservative platform addresses early detection and suppression of fires to assist the provinces. So all in all, I believe that we have a solid plan that appeals to all people and encourages people to individually go green through a low carbon savings account, which means that if you, let’s say you pay $20 In a carbon levy on your way to Sun Peaks to go skiing, that $20 comes back to you as the consumer, and you can spend that on a bicycle, a high efficiency furnace, or in my case, what I hope to be my first electric car.

SPIN: The tourism industry has been significantly impacted by the pandemic; Sun Peaks businesses are understaffed due to a reduction in temporary foreign workers and facing steep declines in revenue.  What is something you would do for these businesses in Ottawa?

Frank Caputo: I’ll answer that with, what I would say, is a two pronged approach. One issue is the general, and by that I mean, there is too much red tape. I was recently speaking with, when I was in Sun Peaks last week I believe it was, and speaking with somebody, a red seal chef, and he couldn’t get through the red tape, and an employer who couldn’t get through the red tape. So, the general issue that we deal with when it comes to temporary foreign workers is cutting the time. I can’t imagine being a business owner who has somebody ready to work, but, it’s the government that’s preventing them from making money because the right box isn’t checked or the right paperwork just isn’t being addressed. On the general level, I’ll advocate for cutting down as much time as we can. On the individual level, I want to hear about these things, as an MP to all, I want to advocate for that chef and take their cases to Ottawa, as much as I can.

When it comes to our tourism platform, the 15 per cent vacation credit for people who are going to be vacationing, whether it be at Big White or Sun Peaks, are what really would help, I believe, is when we if we can promote that tourism and the shoulder seasons and the dine out tax credits. One thing that may actually apply to Sun Peaks as well is our GST holiday we call it, and that’s for brick-and-mortar stores and sometimes we forget how many brick-and-mortar stores there are at a place like Sun Peaks, where we have a number of businesses and they’re family owned and operated or individually owned and operated. And, when you think about December, that is probably prime time for a place like Sun Peaks. So, our plan is to eliminate GST for December, so that the brick-and-mortar retail stores, whether it be a ski store, a bike store or a store selling locally crafted art, it would be GST free.

SPIN: Affordable housing is a major issue in Sun Peaks. Development is ongoing but that doesn’t necessarily mean minimum wage workers can afford standard living situations. Does your party have a platform on this issue and how would you like to see it implemented in a place like Sun Peaks?

Frank Caputo: Our party does have a platform when it comes to housing. Every Canadian has a right to attainable ownership and rent. We want to build 1 million homes in three years. That includes the government releasing 15 per cent of its real estate holdings to help, and building homes in areas of high density. We want to increase seven to 10 year mortgages. And, we also want to partner with Indigenous groups with our buy Indigenous, for Indigenous housing initiative.

SPIN: What would you like Sun Peaks voters to know about you?

Frank Caputo: I was born and raised in the riding. I care deeply about every part of our riding whether it be urban or rural. I love Sun Peaks, it’s a part of something that I’ve done and engaged in with my family quite a bit. And, I also believe in our election plan. Our election plan delivers something for everybody, including the residents of Sun Peaks, and I encourage them to have a look at the Conservative plan. 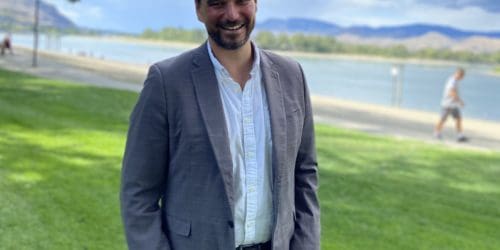 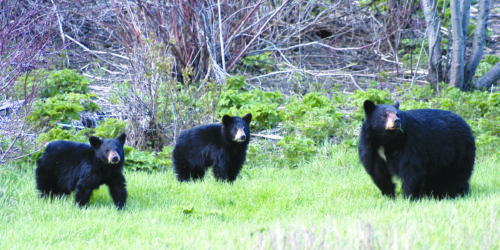