Sun Peaks and Kamloops well positioned to meet pent up demand, according to local stakeholders

After an extraordinarily difficult year, things are looking up for B.C.’s tourism industry.

In a recent report, one of Canada’s top economists said there is pent up demand for the country’s tourism offerings, with many Canadians looking to spend money they’ve saved over the past year.

Jean-Francois Perrault, chief economist for Scotiabank, recently told the CBC that Canadians who managed to save money during the pandemic will likely spend it in Canada’s tourism sector.

Perrault added destinations such as British Columbia and Alberta will see particularly strong demand, and the industry may be faced with labour shortages, having bled thousands of jobs during the prolonged period of travel restrictions.

She said the resort’s core summer attractions—such as hiking, golf and mountain biking—are outdoor-based, making them safe and attractive to clients.

Schieven added some travellers will be looking for relatively quiet destinations when compared to traditionally popular B.C. attractions, such as the Okanagan and Whistler.

“We are looking forward to welcoming summer visitors back to Sun Peaks and are waiting for the health guidelines to help guide our marketing messaging, as well as our target markets,” said Schieven. “We are hopeful that we will be able to provide small events, animation and the Sunday Market Day to round out the robust summer activity offerings in Sun Peaks.”

“People are going to want those outdoor experiences where they don’t have to worry about a lot of protocols,” said DeSantis, who currently chairs the Tourism Industry Association of BC’s policy committee.

DeSantis agreed there is a pent-up demand for tourism, but said some providers, such as tour operators, will have a more difficult recovery than others.

Such businesses are more affected by social distancing requirements, she explained.

DeSantis added that human resources is a challenge for the industry, and well-intentioned government programs aimed at helping out-of-work Canadians have added to labour problems.

DeSantis said she’d like to see a wind-down of such programs and a continuation of the federal government’s wage subsidy program, which effectively subsidizes the wages of employees of hard-hit businesses.

“We’ve kind of created a disincentive for people to come back to work [in certain areas],” she said, adding that hospitality jobs are typically at the lower end of the pay scale.

“The wind down of some of these subsidy programs, I think will help us to reopen,” she said. “Because right now, we really do have a people problem as far as human resources go.”

DeSantis added a smooth rollout of a COVID-19 vaccine across Canada is critical to bringing about a strong summer.

“If we’re not vaccinated, then effectively people will not move around,” she said. “At the crux of everything opening up is that our government provides confidence with the vaccination rollout for our communities.” 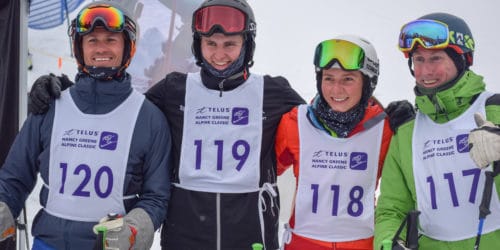 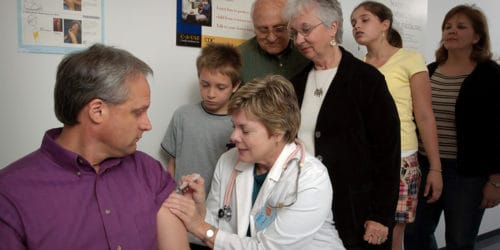