The Sun Peaks Freestyle Ski Team athletes will finally get a shot to stand atop a virtual podium this season.

COVID-19 has made it impossible for athletes to compete but Freestyle BC has opened online events where freestyle skiers can showcase the skills they’ve been working on all winter long.

The virtual events include slopestyle, big air and moguls.

Athletes aged nine to 20 are invited to create videos and submit them to the Freestyle BC website by March 8. The winners of each category and age group will be announced on March 11 via a Zoom award banquet.

Weekly prizes are also being given out via Instagram to the best content regarding that week’s theme.

“Slopestyle videos will have two rail or box features and then two jumps,” he said, “Then for big air it’s three tricks with varied take offs and they can all be filmed on the same jump. For the mogul run you traditionally have two jumps within the course but we’re working with the one jump we’ve got and then airing off a mogul at the bottom.”

Hoerz also told SPIN it’s a unique experience for his athletes as it gives them the opportunity to showcase their skills without the pressure of having only one or two runs to put down the perfect run.

“They’re super excited that there’s an event going on and it’s great because it’s a no pressure scenario. You don’t have to worry about crashing in your run because if you do, just delete the video and go film another one.”

With everyone submitting their best content the competition will be heated but will ultimately be about having fun.

He also noted that this competition would not have been possible without the support of Sun Peaks Resort LLP, the groomers who helped build the new mogul course and big air practice site for the freestyle team this season, and the lifties at the Orient Express chairlift.

“The big air site is closed to the public but those who want to give moguls a try should head over to the Czech ski run and if they aren’t well versed in moguls but are curious about improving their technique, the Sun Peaks Sports School is a great place to start.” 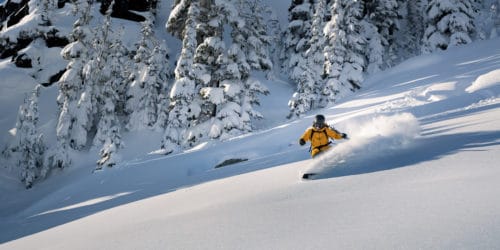 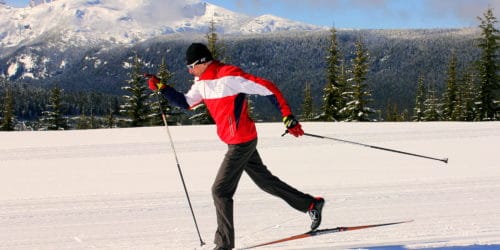