It’s all about speed at the Velocity Challenge

The names Simone Origone and Sanna Tidstrand may not ring a bell for most people, but they’re rock stars to fans of speed skiing the world over. Every year, almost without fail, these athletes visit Sun Peaks to compete in speed skiing, the fastest non-motorized sport on earth. In speed skiing, athletes accelerate to unbelievable speeds while skiing in a straight line down a near-vertical slope.

Origone holds the world record of 251.40 km/h while Tidstrand is the fastest woman in skiing history with a record of 242.59 km/h.

While the Headwalls track is not long enough to allow speeds of over 200 km/h, watching the event is hair-raising nonetheless. On this track, speed skiers can accelerate to 175 km/h in seven seconds and take another seven seconds to brake from 175 km/h back to zero.

In comparison, these skiers can speed up faster than a 2009 Tesla Roadster Sport that accelerates to 165.6 km/h in around 12 seconds.

Also, the ultra steep Headwalls has a convex shape—it curves outwards compared to other speed skiing tracks that are concave and curve inward. To skiers, skiing down the Headwalls run is like being at the peak of a rollercoaster ride right before it drops, at the point where riders can’t see the track below.

The rolls on the track can also send even the most experienced skiers airborne for a few seconds as they bomb down the mountain at high speeds.

To add to the spectacle, many skiers wear shiny, red rubberized suits, boot fairings and huge aerodynamic Darth Vader helmets all for the sake of speed. As they speed down the run, they position themselves in a tuck to effortlessly slice through air.

“That’s one of my favourite events of anything I’ve ever done, quite frankly,” said volunteer Pat Wellington whose job is to clear the bottom of the track for the approaching skiers. “To see the guys and gals come down so fast and see such great athletes, it’s a trip.” 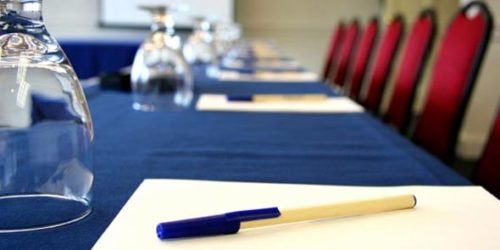