No one likes to be laid off, let alone in a country that’s not your own, but that was the reality for thousands of us working at ski resorts across Canada.

I believe we all know where we were the moment we heard the news that Sun Peaks Resort was the next in line to be closed due to COVID-19.

I was working in the office at a property management company on the mountain, handling bookings and general inquiries. Except they hadn’t been general lately; the questions were very much aimed at our refund policy with the changing world landscape.

I had just caught up with the emails when I turned to a co-worker and said I didn’t believe we would close. Surely not, we’d had no reports of the virus, we had no gondolas and we had minimal visitors compared to resorts such as Whistler and Revelstoke.

Why did I have to say it out loud?

Moments later an email arrived in our inbox, an email that made my heart drop, my stomach churn and reach for my phone all at once.

It read, ‘At this time, the decision has been made to cease operations for the remainder of the winter season at the end of day Wednesday March 18, 2020’.

Many of us had given up careers, possessions and a lot of money to make the journey to Canada to start a new, exciting adventure, and in a matter of moments the future of our stay seemed uncertain. Staff poured into the office, some angry, some in tears and others numb with shock.

Our boss informed us that effective immediately we were no longer employed and that we had just completed our last day of work in Sun Peaks. Unlike resort workers living in staff housing who had seven days to vacate, we were lucky to have accommodation for as long as we needed it, as well as subsidized rent to what we had already been paying.

Instead of wallowing in self-pity and turning into nervous wrecks about the future, our team of staff came together in a driveway, laughed, drank and shared memories from the past five months. Groups of people would walk past and cheer, sharing in a joke that almost everyone in Sun Peaks was now unemployed.

Even the best laid plans can come undone and that’s exactly what happened days later. Myself and my boyfriend Luke, were set to work first in Fort St. John for a month at a family run private farm, followed by a summer long employment in Kananaskis on a ranch. Our flights were booked from Kamloops on April 8, we were set, or so we thought.

Borders began to close across both Canada and our home country of Australia. Flights were being cancelled by the hour and it was becoming more and more apparent that if we didn’t make a decision to leave, we may very well be stuck in Canada for months without employment.

Summer employers were contacting their future staff to say start dates were now uncertain, mandatory isolation was coming into place and our families back home had begun to encourage us to return. I had always believed home is where the heart is, and for the most part it was in Canada, but with the uncertainty of the future, Australia was calling me home.

We chose to book a rather expensive flight back home on March 29 and got a dismal option of a refund/credit for our Fort St. John flight with another airline. This was a problem a lot of us have had trying to change or cancel flights getting home it seems.

With the border restrictions getting tighter by the hour, so did our stress levels and need to get home as soon as possible. After over an hour of waiting, we were able to change our flights to two days later, and so began the rush to pack our lives into a few bags.

The thought of returning to Australia was a shock to the system and heartbreaking to come to the realization that we would not be able to witness Canada’s beauty in the summertime. Hardest though was our inability to say goodbye to friends who were quarantined and could only send us well wishes online.

As we entered the airport and took our last breath of Canadian air, we remembered that this was not in fact goodbye, rather a see you again soon. The world will return to a new normal, planes will take to the sky and passports will be stamped once more, but until then, we will all be dreaming of fresh powder and a Sun Peaks morning sunrise. 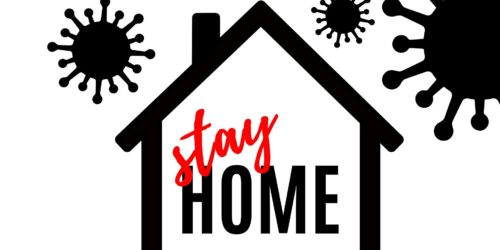 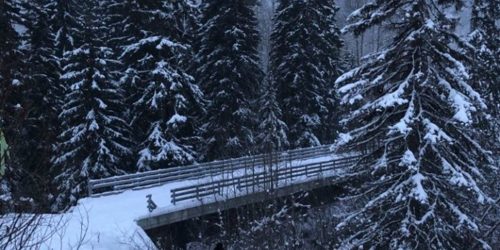