A local resident and internationally certified taekwon-do instructor is sharing his experiences with Parkinson’s Disease in hopes of inspiring others and raising awareness.

Ryan Oevermann is the chief instructor of Sun Peaks’ Northern Taekwon-Do Academy. He was diagnosed with Parkinson’s Disease in 2019 at the early age of 43.

“I probably had it for many years before that, but I’m so active that it was kept in check,” he said. “Diagnosis was hard to take at first. It takes a while to adjust.”

Parkinson’s is a progressive brain disorder in which the brain cells that make dopamine stop working or die. Dopamine coordinates movement of the body, meaning the disease causes uncontrollable movements such as shaking, stiffness and lack of balance. It’s most common in older people, with only around 10 per cent of cases diagnosed under the age of 50.

It was originally Oevermann’s physiotherapist who realized he might be exhibiting symptoms of Parkinson’s. After doing tests to rule out other serious diseases, a specialist recognized his symptoms and prescribed Parkinson’s medication to confirm the diagnosis.

“If you respond well to the Parkinson’s medication, congratulations, you have it. That’s basically the way they diagnose it,” Oevermann said.

Oevermann didn’t tell the public about his diagnosis right away because he was waiting for the right time to tell his children. But last year, he began to open up about it.

“It was stressing me out to not let people know because I live very transparently,” he said. “If people see me stumbling or losing balance they may think, ‘Is he teaching my kids taekwon-do while he’s intoxicated?’ … So I really wanted to get the word out to people so they knew and understood what was going on.”

Since then, Oevermann has been candid about his Parkinson’s and is writing a book about his experiences in hopes of encouraging and supporting others with the disease.

There is no cure for Parkinson’s Disease, although there is medication that helps ease the symptoms and comes with side effects. Oevermann said it took him over a year to find the right medication combination that works for him and it continuously changes.

He said the symptoms come and go throughout the day, but the biggest challenge is finding a balance between the waves.

“It’s basically a battle between your muscles modulating the strength you have,” Oevermann said. “So it’s either a shake and being weak, or a shake and having energy. It’s a constant neuromuscular battle that starts the moment you wake up.”

The importance of early detection

Oevermann said he urges those who might have symptoms of Parkinson’s Disease to get checked out. The earlier someone is diagnosed, the better chance they have of delaying the symptoms.

Common symptoms are tremors, weakness and instability, but they could be subtle and occur gradually. Someone with early Parkinson’s might find difficulty in getting out of a chair, brushing their teeth, articulating speech or writing their name.

Oevermann said it was frustrating when he was going through initial symptoms and didn’t know what the cause was.

“[Diagnosis] is hard to take, but in one sense it’s kind of relieving because you know what it is and you know how to address it,” Oevermann said. “If it is going to happen, it’s going to happen regardless, so it’s better when you see the symptoms happening to get checked out. Denying it won’t prevent it.”

Oevermann has figured out a schedule for taking his medication that allows him to do his work, regular activities and teach taekwon-do.

“I have to make sure the waves that I go through and the side effects from the medications coincide with my schedule so I can function properly,” he said.

Oevermann said the exercise from taekwon-do training was likely what helped him keep the symptoms at bay for so many years, so he plans to continue being active as much as he can. He said his schedule hasn’t changed much because his muscle memory kicks in when he’s training.

“It seems when I’m put into stress mode or adrenaline mode, my body reaction is fine,” he said. “If someone throws a frisbee at me, I can catch it. But to move smoothly and in control is a different story sometimes.”

Oevermann completed his fifth degree black belt in the spring and plans to continue on for his Masters certification in the coming years.

Oevermann said he’s also still fully committed to teaching his students taewkon-do and helping them develop. He added that he’s thankful to the community for being so supportive and encouraging.

“My attendance hasn’t dropped at all. People have been confident in my teaching ability,” he said.

Oevermann said when parents trust him with their children for the moral and physical development that taewkon-do provides, it’s an honour he doesn’t take lightly.

This season is the Northern Taekwon-Do Academy’s 11th year in Sun Peaks. All Oevermann’s classes are full and waitlisted, and students are looking forward to three major competitions this year, with a few pre-teens on track to test for their black belts.

Overall, Oevermann said he still wants to be as social and active as possible moving forward. He encourages friends in Sun Peaks to say hello when they see him in the village, and said he’s happy to talk even if his face isn’t as animated as he used to be.

“I’m still the same person inside, just the body doesn’t respond as well as I would like sometimes.” 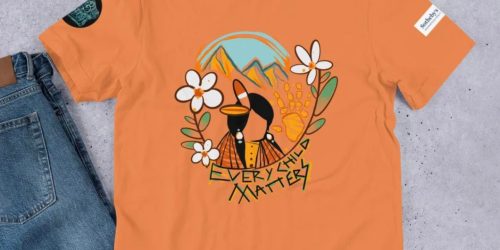 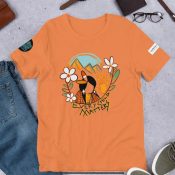 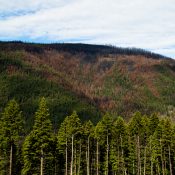