Long-time resident Dan Stebner is starting a new life chapter. He has sold his business, Sun Peaks Aquatics, and is moving to Nanaimo, B.C., after having spent over 20 years in the Sun Peaks community.

Stebner, 55, was mid-move when I called him, but he happily chatted while getting other tasks done, joking about having had no relief during his “retirement.”

He originally moved to the area in 1996, and established Sun Peaks Aquatics not long after with just eight hot tubs. Since then, the company has expanded to service around 250 tubs around the village.

“It’s been super fun, from putting hot tubs on golf courses for golf tournaments, to doing the Slush Cup at the end of the year,” the former Pleatco Perfect Pool Guy honoree said.

Stebner recently sold the enterprise to Kurtis Wyllie, owner of Sun Peaks’ Shuttle and Slopeside Property Management; it will continue to operate as Sun Peaks Aquatics.

Stebner’s impact in the community went beyond business, though. For a number of years, he and friend, Adam Earle (former owner of SPIN), ran a ‘Coats for Kids’ campaign that collected old ski gear to donate in Kamloops.

Stebner also volunteered for over 20 years with Sun Peaks Fire Rescue, many of those as an officer—first, as a captain and then, after the department was restructured, as a lieutenant— and it was there he “really found [his] connection to the community.”

He has other irrevocable ties to the community, too. His son, Dayton, was in the original class that was moved from Heffley Creek School to establish Sun Peaks’ school.

The tale of her birth has the characteristics of a local legend. A snowstorm blew in the day before Stebner’s then-wife, Terra, was due to give birth and she went into labour at home on Burfield Dr.

Stebner called his friends in the fire department for help, as well as a client of his, a doctor, who was out skiing. A fire truck was sent “full lights and sirens” to pick the doctor up upon his return.

“Between those two (the doctor’s wife was a retired maternity nurse) and my five buddies on the department, Theta was born,” Stebner regaled.

The next day, their entrance to the maternity ward in Kamloops was met with applause from staff.

Thirteen years later, it’s back to the moving boxes for Stebner. In Nanaimo, he is taking over an existing business, West Coast Hot Tubs, and moving into another division of the hot tub industry —sales.

“It’s the last challenge to be completely well-rounded in what I do; to be a master of it,” Stebner said.

As for when West Coast Hot Tubs will open?

“I will be out of retirement, hopefully, December 1,” he laughed.

Will there be a last hurrah to mark his departure from Sun Peaks?

“I’m only moving to Nanaimo!” Stebner replied cheerily. “If I have to go skiing, I’ll be back. Sun Peaks is always going to be my home. On our way out, we’ll get our last Mountain High Pizza or something like that.” 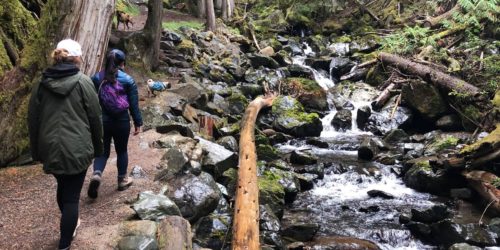 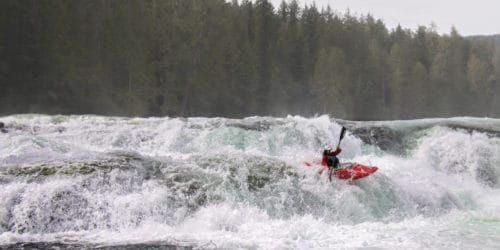