After years of unmanaged non-motorized recreation in a popular winter backcountry area north of Malakwa, B.C., one group aims to designate a small portion of the area for ski tourers and splitboarders.

The Gorge backcountry recreational area is located on the Gorge forest service road (FSR) near North Queest Mountain and is a popular spot for Sun Peaks-based skiers and snowmobilers.

Historically, backcountry skiers and snowmobilers have followed an unwritten agreement which essentially split the area for the user groups; the northern part of the area for skiers, with the south open to sledders.

Adrian Bostock, operations manager for the Shuswap Trail Alliance, told Sun Peaks Independent News the unwritten agreement was based on a land resource management planning exercise initiated by the government of B.C. in the late 1990s and early 2000s.

“The management plan was never actually ratified, and never became a legal document, but people assumed that the [north side of the] Gorge area was for non-motorized use,” Bostock said.

Nevertheless, the two recreational groups coexisted and abided by the government’s management plan in the Gorge area.

In 2009, the area was further split when the Eagle Valley Snowmobile Club signed an agreement with the Ministry of Environment to help protect a designated caribou habitat management area at the Gorge.

This time the boundary was east and west across the area previously occupied by snowmobilers. The west side became a seasonal motorized closure to protect the caribou habitat, while the east side became a motorized riding area used by the Eagle Valley Snowmobile Club.

Around the same time, snowmobile technology improved, allowing snowmobiles to travel further, faster and into more technical terrain previously only accessible by ski.

Complaints and concerns began to arise from the ski touring community about sleds in an area that once only saw skiers.

Bostock, who both ski tours and snowmobiles recreationally, explained the two activities are not compatible.

“One snowmobile can track out an area in a matter of minutes, while this area would last for days for many ski tourers. The nature of the cross-slope — deep ruts created by snowmobiles — makes them difficult to navigate around on skis,” Bostock said.

He added snowmobile tracks can be dangerous to quick-moving skiers, and the noise they emit can be disturbing to those hoping to spend a quiet day in the mountains.

Bostock said the Gorge Ski Touring Association won’t try to tell snowmobilers they can’t go anywhere, but instead will represent ski-tourers who need a place to recreate in the Gorge area that isn’t overrun by sleds.

“Snowmobilers are very organized, which shows in the huge riding areas they have. Just in the Shuswap, there are six designated groomed riding areas where they can go, where they collect fees.”

First, the association will look at designating the area on the north side of the Gorge FSR between kilometres 12 and 18 for non-motorized use, and examine the financial viability of regularly plowing the road to allow for winter-long ski touring access and more comfortable sled access, at a small user fee.

“We first need to consider the caribou habitat management piece, as well as the local Indigenous band’s concerns about the popularity that may arise from the increased organization of the area,” added Bostock.

The Gorge Ski Touring Association is currently in the early stages of formally organizing after releasing a Gorge User Survey in the Fall of 2021.

“What everybody said [in the survey], was ‘this is an important area for access.’ We need to be careful with how we manage it,” said Bostock.

An initial call for members was released on January 4 and as of January 15, the association had quickly accumulated over 100 interested members.

Bostock said he expects there to be another meeting in February with all members who sign the letter of interest to gauge members’ interests and level of expertise for their involvement in the association.

Those interested in the group are asked to fill out the form by clicking here. 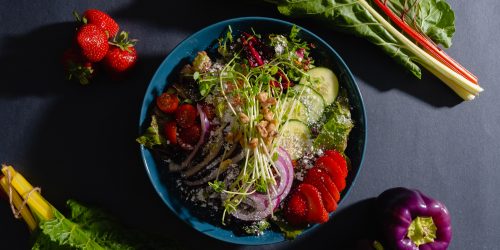