Recently, I was walking my dog on the Dew Drop Trail in Kamloops. A group of 8 hikers passed me on the trail; they were ascending as I was on my way down. The group looked like a line of Sherpas heading up to Everest basecamp. They were all less than a meter apart and breathing heavily. I would have said something, but I was too busy diving two meters into the bushes to avoid them. Despite all that’s being circulated about physical
distancing, this scene is unfortunately still fairly common, groups of people are still using this time to recreate together.

As active people, we depend on the outdoors for physical exercise and as a way to find peace of mind and mental stability.

Many of the people out there are dog owners and we, I’m including myself in this, use our K9 companions as an excuse to get outdoors and keep doing the activities we love. The general conversation goes something like this, “I was only doing (insert high-risk activity here) to get my dog some exercise.”

It’s not just dog people who can sometimes exhibit questionable judgement, it’s unfortunately also young males. Now before people get all up in arms about gender shaming, know this, the statistics are on my side. In adults aged 20-44, external causes of death (non-medical) account for 49% of male deaths, versus just 31% in women. The simple truth is that women make better choices than men, at least when it comes to matters of life and death.

Take the case of the backcountry enthusiast in Telluride Colorado who, on March 24, was caught in a large avalanche. While lucky to survive the 450m slide, his (notice I said his) rescue required 40 people working in close proximity. There is no social distancing in avalanche rescues.

On March 27 a rider was caught in a terrifying slide in the Utah backcountry, he (notice a trend here) was lucky to be uninjured but it could have very easily gone the other way and his rescue would have put many others in harm’s way.

British Columbia Search and Rescue Association has just issued some guidelines to help you avoid being part of the problem in these ever-changing times. They are calling for people to exercise extreme caution right now. Search and Rescue members are volunteers, many of them are dealing with this pandemic on a personal level.

Any call outs may have limited human resources, some SAR teams may have fewer members than normal to respond to emergencies. They are also reminding people to maintain physical distancing, even outdoors.

I don’t think the message here is that people need to stop going outside altogether, even the Provincial Health Authority has said that getting some fresh air and exercise is crucial to our physical and mental wellbeing, just maybe keep it to one or two people, not a cast of thousands.

The bottom line is that we need to scale things back, we need to consider others before ourselves and we really need to consider the consequences if something goes wrong. If you’re looking for something extreme, forget about that big backcountry objective or group hike and try binge watching Tiger King, now that’s extreme!

As adventure junkies, the only thing we should be sending right now is our orders for take-out food. The mountains, trails and rivers will still be there when this is all over. It’s time to spend a bit more time riding the sofa and less time riding big lines. 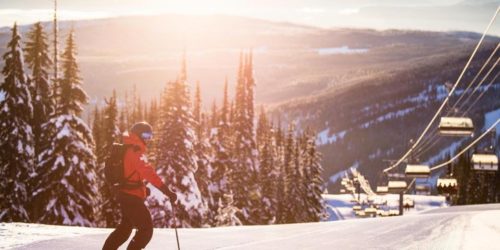 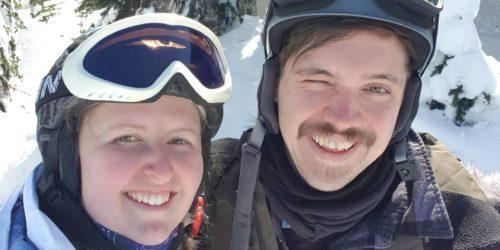