The provincial government supports the rehabilitation of B.C.’s caribou herds, yet continues to log and extinguish critical habitats, say provincial environmental groups who are calling to cease the auction of old-growth cut blocks in the Argonaut Valley north of Revelstoke, B.C.

This summer, the provincial government announced an investment of $1.1 million in funding for the Habitat Conservation Trust Foundation (HCTF).

The investment created opportunities for seven caribou restoration projects including the expansion of a Splatsin First Nation project led by its resource management company Yucwmenlúcwu. The project planted nearly 9,000 conifer seedlings last year along a five kilometre stretch of road in the Bigmouth Valley north of Revelstoke.

“The B.C. government has committed $47 million over three years to build a comprehensive, science-based approach to protect and preserve B.C.’s 54 caribou herds. It’s recovery program aims to restore this iconic Canadian species to a sustainable population,” stated the HCTF website.

However, an investigation conducted this summer by Wildsight, the Echo Conservation Society and the Wilderness Committee in the Argonaut Valley, is raising red flags.

“The B.C. government is taking two steps forward and three steps back by attempting to create habitat while also obliterating old-growth habitat that caribou have been known to use. It’s a net loss,” said Wilderness Committee conservation and policy campaigner Charlotte Dawe. “The government is sabotaging itself and caribou, not to mention wasting taxpayer money, by logging right next door.”

Two kilometres away from the Splatsin First Nation restoration project, the provincial government continues to auction off three square kilometres of old-growth rainforest for logging in the Argonaut Valley through B.C. Timber Sales, the province’s own logging agency.

The exploitation of old-growth forests comes on the heels of a provincial review on the management of the forests which was conducted by Garry Merkel and Al Gorley and released in April 2020.

The review found a fundamental change in old school management is necessary to maintain biodiversity of B.C.’s old-growth forests and outlined 14 necessary steps to save the forests.

The immediate deferral of logging in old-growth forests where ecosystems are at high risk of irreversible biodiversity loss, such as the Argonaut Valley rainforest, was included in the steps.

Last year, two of B.C.’s southernmost caribou herds were declared extinct due to habitat loss through logging of old-growth rainforests in the Purcell and Selkirk mountain ranges. This has left environmental groups to wonder if the 150-member North Columbia herd is destined for the same fate.

“Mountain caribou have already been wiped off the map in southern B.C., mostly because of the destruction of their habitat through logging,” said Wildsight conservation specialist Eddie Petryshen. “The North Columbia herd is the southernmost herd left in B.C. with the best chance at survival but they won’t survive if we keep clearcutting the old-growth forest they need.”

The proposed old-growth clearcuts in the Argonaut Valley are home to said North Columbia caribou herd, who survive the winters by eating lichen from the ancient trees which are at risk of being harvested.

Investigation has found forestry roads are already built for the Argonaut Valley cut blocks and predators are using the roads to hunt the caribou, further endangering the herds’ likelihood of survival.

The groups are calling for the provincial government to restore the forestry road into the Argonaut Valley to its natural state.

“Habitat restoration is an incredibly important aspect of recovery,” said Thomas Knowles, executive director of the Echol Conservation Society. “But it makes no sense to restore habitat, build maternity pens and kill predators for caribou and then turn around and cut down the old-growth forests they need to survive.”

If nothing is done soon, the federal government may need to step in, Dawe said.

“If B.C. won’t protect this critical caribou habitat, then federal environment minister Jonathan Wilkinson must use his powers under the Species at Risk Act and issue an emergency protection order to protect irreplaceable caribou habitat,” she explained.

To find out more visit Wildsight, the Echo Conservation Society and the Wilderness Committee websites by clicking the links. 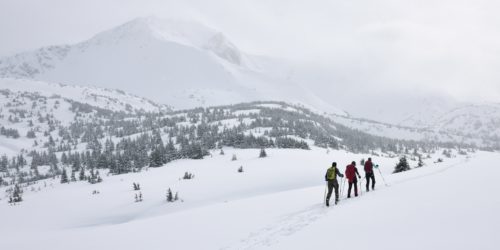 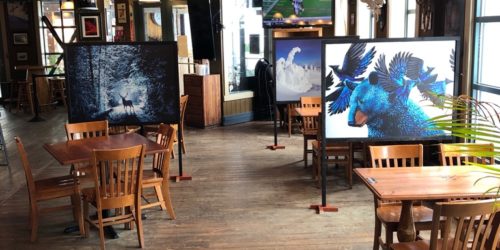