Sun Peaks’ population more than doubled between 2016 and 2021

The population of Sun Peaks has more than doubled since 2016, new data from the 2021 census shows, making it the fastest growing municipality in the province for the second 5-year period in a row.

Released on Wednesday, Feb. 9, the report from Statistics Canada shows immense growth in  Sun Peaks Mountain Resort Municipality (SPMRM). While Sun Peaks’ official population was 616 in 2016, it jumped to a whopping 1,404 in 2021 — a 127.9 per cent increase.

The next two fastest growing B.C. municipalities were Radium Hot Springs and Tahsis, which saw their populations increase by 73 and 58 per cent, respectively.

“It’s good news that people are finding Sun Peaks a great community to live and retire in,” he said. “That does put a strain on all of our services — That’s an issue we have to wrestle with at the municipal side.”

In April 2021, Raine told SPIN he thought the municipality could have close to 1,000 residents come census time. But as the year went on, Raine said he began to think the population could even be as high as 1,200, judging by residents’ water consumption.

“Guest visits are down, but the water consumption level doesn’t reflect that,” he explained.

The census data also revealed the number of private dwellings in the SPMRM, as well as how many of those dwellings were occupied by permanent residents. Of the 1,506 dwellings in Sun Peaks, only 622 house usual residents.

Compared to 2016, the number of private dwellings in Sun Peaks has only increased by 31.4 per cent, far lower than the 127.9 per cent population jump. Raine said increasing development to accommodate Sun Peaks’ growing population is a priority for the municipality.

“That’s going to be the biggest issue facing us as a community. We’ve already started the affordable housing strategy … we’re hoping the first draft of the report will be available in a couple of months,” Raine explained. “I’m hopeful that strategy will be implemented sometime this summer.”

He added working with Sun Peaks Resort LLP on development will be key, as the corporation controls a significant amount of land in the area.

“With that kind of demand, we’re going to need development over the next couple of years.”

Raine said the new data doesn’t change much for the region in terms of infrastructure and funding. The municipality is far from the 5,000 resident threshold for local police, and provincial and federal funding for small communities extends to those with a population of fewer than 100,000 people.

Also unchanged is Sun Peak’s appeal as an excellent place to live, he said, which could explain the municipality’s population boom.

“The exciting part about Sun Peaks is there’s a vibrant, can-do spirit in the community,” Raine said. “I drive around the community and see people jogging, running, biking. When you talk to people, they’re full of life.”

“For folks looking at retirement or semi-retirement, [Sun Peaks’ active lifestyle] is very attractive. And young families see the school system and health facilities we have, and the opportunities to work hard and make some money.”

Looking ahead, Raine said he hopes the population will plateau enough to let infrastructure and housing catch up to residents’ needs.

Statistics Canada will release more information from the 2021 census throughout the year, including data about demographic profiles, families and households, Indigenous communities and housing. 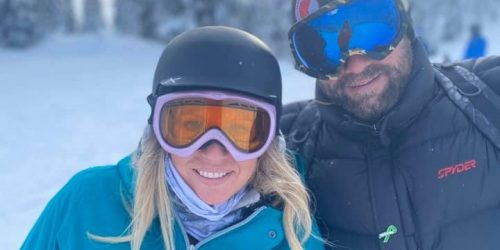 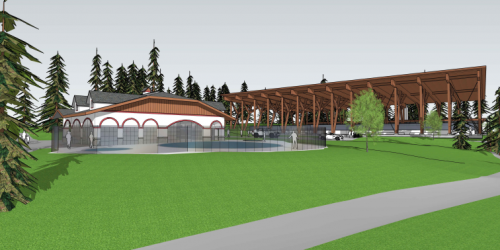