Tourism stakeholders hope for a return to business in the summer

Last week’s announcement about inter-provincial travel restrictions means Sun Peaks won’t be seeing any visitors from outside of the newly created Interior / Northern region until at least May 25.

The announcement comes as the latest challenge for Sun Peaks’ accommodation providers and property rental companies, which have had to manage staff and bookings under constantly changing rules.

Speaking to Sun Peaks Independent News on Thursday, April 22——prior to Public Safety Minister Mike Farnworth announcing that getting caught traversing the borders of three designated health zones could result in a $575 fine—Rownyn Neufeld, owner operator of 3 Peaks Rentals, said she and her business partner are concerned about the implications for the summer season as well.

“Generally, the off season is a slower time of the year, but these restrictions are really making us concerned for the summer months, because we do rely heavily on summer for income as well,” said Neufeld.

“We’re just going to take it day-by-day. But for us, yeah, it’s just been really hard.”

Neufeld said one of the big challenges has been dealing with major swings in demand throughout the winter.

“There were moments where we were severely understaffed, and there were others where we severely overstaffed,” she said. “It’s been super hard to balance it all out as a company.”

Monica Dickinson, director of industry relations and communications for Tourism Kamloops, said she was looking for more clarity from the province when it comes to what’s expected of accommodation providers who may have bookings from outside of their region.

“How do we work on guidelines and a framework to support what the government is trying to achieve with these restrictions?” said Dickinson.

According to the CBC, the province is asking operators to cancel bookings made outside of the zone that they are in, but the B.C. Hotel Association has pushed back.

Ingrid Jarrett, the association’s president and CEO, recently told the CBC that it’s not up to individual hotels to police whether or not guests are allowed to stay there.

“We cannot be the police of this,” Jarrett said. “If we can play a role in educating [guests] and making sure that people are aware, then if everybody does their part, then I think we’ll be successful over the next five weeks to bend the curve.”

The government has broken the province into three regional zones that you are allowed to travel in: The Lower Mainland and Fraser Valley (Vancouver Coastal Health and Fraser Health areas); Vancouver Island (Island Health); Northern and Interior regions (Northern health and Interior Health). The provincial government issued the new order using the extraordinary powers of the Emergency Program Act to legally prohibit non-essential travel between the  three regional zones in the province, using health authority boundaries.

However, the provincial health office’s guidance remains unchanged throughout B.C.: everyone should continue to stay within their local community – essential travel only.

Tourism Sun Peaks president and chief executive officer Arlene Schieven said the impact of the restrictions would likely be minimal on the resort as the spring period is typically not very busy. The Sun Peaks Grand Hotel and Conference Centre, one of the largest properties in the village, is currently closed, with a reopening date set for June 16.

“The timing of this is actually about as good as it could be for us, because we don’t typically have a lot of visitation [over this period],” said Schieven, adding the hope is that COVID-19 case counts can lower and there can be a strong summer season on the other side.

Schieven added while some events, such as the Sunday markets in the village, are slated to go ahead, others are on the backburner until the province announces longer-term plans.

“In terms of actually planning events, we really have to wait and see what the provincial order is going to be, because otherwise, we’ll be in a position of having to cancel [events], said Schievene.

Christopher Nicolson, president and chief executive officer of the Canada West Ski Area Association, voiced a similar sentiment, saying ski resorts are gearing up for a strong summer season. He noted that July, August and September are “very important” months for operations.

“Dr. Henry has repeated on numerous occasions publicly that with the increase in vaccines, the province will be in a very different position [in the summer], meaning it will be far less risky in July to travel than it is right now,” said Nicolson.

“So let’s get through the five weeks, increase the vaccination levels. And let’s have a summer [season].” 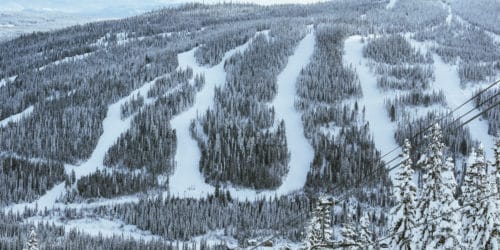 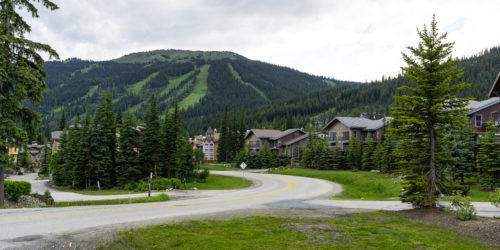