Every weekend SPIN will present  the current avalanche forecast and hazards as well as weather for the Interior. Tune in at the end of each week to get the forecast before your weekend adventures start.

A solid orange bar will dominate the avalanche danger rating for the North and South Columbia regions while a ridge of high pressure over most of B.C. will make for a dry weekend in the southern Interior with light winds according to the Avalanche Canada mountain weather forecast.

A cold front and ridge of high pressure will go head-to-head over B.C. Friday morning with models predicting the ridge will stay put bringing dry and partly cloudy skies to the southern Interior with the Cariboo Mountains and the Boundary-Kootenay region experiencing a few flurries.

The weekend will see the high pressure ridge continue to halt the low pressure storm over the coast, meaning mostly clear and cold days for the southern Interior with variable cloud, a low of -12C and high of -6C and light winds predicted for Sun Peaks.

Similar conditions at all elevations are present in the avalanche forecast for the North and South Columbia regions this weekend until Saturday, indicating that avalanche hazard is considerable in all elevations.

Considerable danger ratings are explained as:

It is also noteworthy that the highest amount of fatal avalanches occur when the danger rating is considerable.

For both the North and South Columbia regions, Avalanche Canada advises avoiding freshly loaded terrain features, to approach steep open slopes at and below treeline cautiously because a weak layer in the form of buried surface hoar may exist, storm slabs may step down to weaker layers in the snowpack and conservative terrain choices are recommended

Avalanche problems currently occurring are the potential for storm slab and/or persistent slab avalanches at all elevations, on all aspects, with an expected size of anywhere from small to large.

Storm slabs were created by recent snow mixed with moderate winds that created widespread slabs likely to be set off by humans throughout the North and South Columbia regions.

The two persistent weak layers were buried early to mid-December and are now down 90-150 centimetres.

However, the form and distribution of these layers is highly variable between locations and elevations for both the North and South Columbia regions according to Avalanche Canada.

The avalanche summary for the North Columbia region noted numerous natural storm slab avalanches size two to three and a half and human triggered avalanches size one to two at lower elevations have been reported on the Mountain Information Network (MIN) in Glacier National Park on Wednesday.

One skier triggered a size two slab avalanche near the Gorge last weekend which was reported here.

The confidence of the forecast by Avalanche Canada is moderate due to the fact that persistent slab avalanches are particularly difficult to forecast.

Click here to get more information from the Sun Peaks website on resort conditions, snowpack depths, current temperature, wind speeds and all sorts of weather information. 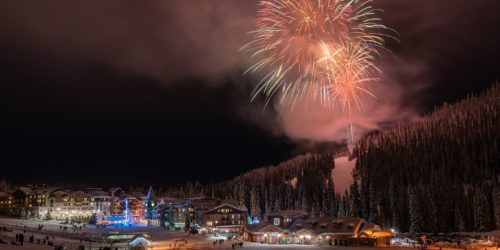 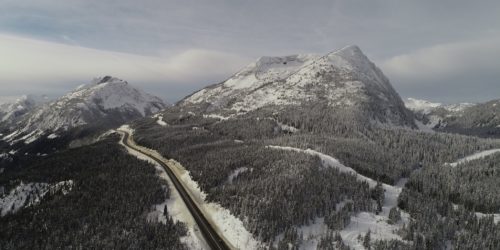