Every weekend SPIN will compile the current avalanche forecasts and weather for the Interior. As a reminder, we’ve pulled this information together for a convenient overview to help make your initial plans and recommend reading the full avalanche forecast, and checking and assessing conditions on your own specific to your unique location. Tune in at the end of each week to get the forecast before your weekend adventures begin!

Precipitation eased last night and will break for a predicted cloud covered weekend in the Interior. Periods of snow are forecasted for the region beginning again late in the weekend.

The South Coast will see the brunt of the weekend weather. New snow will further bury a tricky weak layer which has already caused close calls, forcing Avalanche Canada forecasters to prescribe a Special Public Avalanche Warning this weekend for the South Coast.

A ridge of pressure will mean mostly clear skies over the South Coast Inland and Southern Interior region Friday, before a trough of low pressure interrupts it bringing cloud and precipitation across the South Coast with possible effect to the South Columbia region.

The Sun Peaks Resort forecast shows ranges between -5C and -10c over the weekend with a mix of cloud and sunny periods.

The South Columbia region shows a considerable rating at all elevations for Friday, Saturday and Sunday, and will be the one to watch for this weekend for Interior riders as the weather system will continue to add snow which could consolidate into a storm slab above a layer of buried surface hoar down 25 to 50 cm that developed in the early month’s clear and cold weather.

All elevations show storm slab concern on all aspects with a very likely chance of triggering avalanches up to size two.

In the North Columbia and Cariboo avalanche regions the snow isn’t likely to impact the area as much as in the south or add widespread avalanche hazards but specific slopes where wind loading occurs could hold a possible likelihood of triggering small wind slab avalanches up to size 1.5 at treeline and above on northwest to southwest aspects. The wind slab is also reported to be sitting atop a buried surface hoar layer down 35 to 60cm deep in the Cariboos and 40 to 70cm in the North Columbia region.

Avalanche Canada is forecasting the Cariboos with a low hazard rating at all elevations for Friday and Saturday before added snow increases the danger rating to moderate at treeline and above on Sunday.

The North Columbias show a similar forecast, but are closer to the storm and will receive more snow compared to the Cariboos. The danger rating is forecasted as low at treeline and below but moderate in the alpine for Friday and Saturday. Sunday will see the onset of the second weather system and added snow will increase the treeline danger rating to moderate.

Avalanche Canada also advised slope specific stability assessment before stepping out, especially where surface hoar may have been preserved before being buried by storm snow.

In the Coquihalla area, avoiding terrain traps will be especially important as wind loaded pockets are prevalent in the alpine, especially near ridge crests on southwest to northeast slopes with a possible likelihood of triggering avalanches up to size two.

The danger rating is forecasted low at treeline and below and moderate in the alpine for Friday and Saturday, but even smaller wind slab avalanches and slough could potentially sweep riders off their feet which would be troublesome in consequential terrain.

Sunday’s avalanche danger rating will jump to considerable in the South Coast Inland region at all elevations on Sunday due to increasing amounts of snow later in the weekend that could create a touchier wind slab problem. 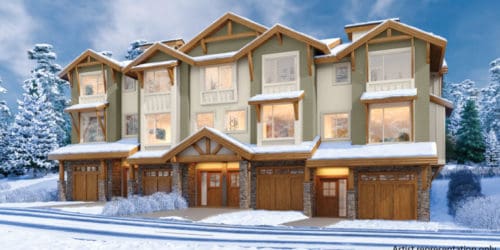 Altitude development sells out in first weekend of sales 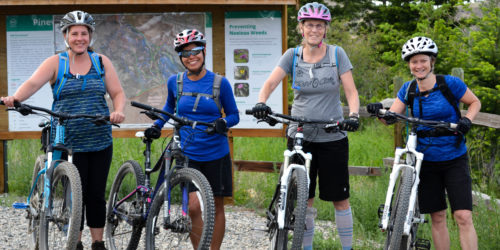