5Forty spices up their menu this winter

5Forty Cafe & Grill has changed their menu to serve Mexican-inspired food such as tacos and burritos and renamed themselves as a cantina.

Marty Ciesiolka, manager of 5Forty, said he is excited for people to try out the new menu.

“We’re really proud of it, and we’re excited to offer a really good product,” said Ciesiolka. “My staff are stoked on it too. They’re really excited to serve everyone and start making margaritas and tacos.”

The menu change largely came as a result of the staffing crisis. Ciesiolka said this type of food should speed up the process of getting meals out.

“I’ve done a bunch of work at 5Forty to cut down the amount of staff that I need, because I can’t find staff,” said Ciesiolka. “This should be easier. One person should be able to run this and be able to push it out.”

Ciesiolka said the menu change is also due to the rising cost of food. With his previous menu, he said some of his best selling products went up in cost nearly 80 to 90 cents. Ciesiolka didn’t want to raise his prices any higher, so instead he turned to a menu in which the ingredients can be bought at a cheaper cost when the staff assemble the food themselves.

“I think it suits the room too. Like a cantina, it’s a hole in the wall,” Ciesiolka said.

On Nov. 10 and 11, 5Forty began serving their new food as a “stress test” to see how it would go. On Nov. 12, they officially launched the menu. But Ciesiolka said he hasn’t been pushing the cantina menu just yet.

“I’ve got a few more kinks that I want to work out, so I haven’t done any social media posts about it or anything really crazy. I just want to make sure I’ve got it right,” he said. 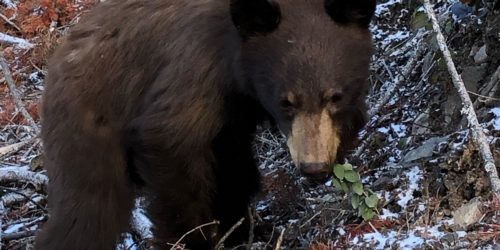