Some local trails are challenging enough on a regular mountain bike, but imagine attempting them with only one wheel.

Zack Brock, a bike patroller for Sun Peaks Resort LLP (SPR), is planning to do just that when he takes a mountain unicycle on the trails this summer.

Brock first tried unicycling around the age of 10, after his friend bought one and decided they should learn together. But it wasn’t easy — Brock said it took tons of practice before he could even pedal on it.

“Even then, I was only able to pedal 10 or 15 feet. I got so frustrated, I just quit riding,” Brock said. “Then I came back to it when I was 15 or so. And I kind of just hopped onto the unicycle at that point.”

This time it felt easier, Brock said, and soon he was taking his unicycle to terrain parks and learning tricks. Since then he’s continued to push himself and feels ready to tackle the bike park’s downhill trails.

Brock said there’s a rising culture of mountain unicycling that made him consider how fun it would be to ride on his favourite bike runs, so he spoke to those in charge of liability for the resort and got permission.

“I don’t think anybody’s ever ridden a unicycle on Sun Peaks’ downhill course, so it’ll be really cool to be the first person to do it,” Brock said. “It’ll be a huge learning curve that I think will be extremely hard. But as difficult as it is, I think it’s possible and within my wheelhouse.”

Brock said with time he hopes to start riding cross country trails and longer distances on his unicycle. If unicycling gains any traction in the area, he said he’d love to teach lessons as well.

“I don’t even know if it’s ever been done anywhere,” he said. “The only way I’d be able to do it is just volunteering for shifts and hopefully being able to ride a unicycle instead of a mountain bike as an extra body, not being paid.”

But for now, Brock is looking forward to pushing himself and further developing his unicycling skills in his free time this season. 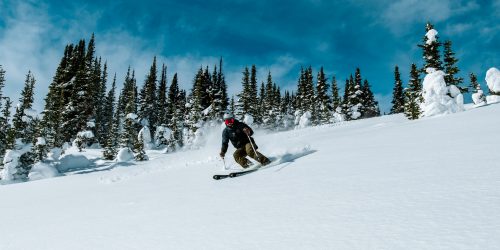 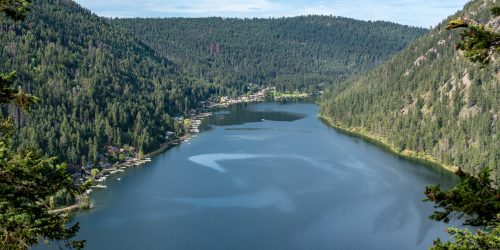