Sun Peaks Mountain Resort Municipality (SPMRM) is seeking electoral approval to borrow up to $7.6 million, which would effectively reduce their remaining debt servicing amount by 89 per cent, to fund core water infrastructure projects

While municipal staff said a grant is expected to be approved and used to offset the borrowing, accelerating the water infrastructure projects and reducing the amount of borrowing by over $3 million SPMRM’s remaining debt-servicing amount would be less impacted.

The municipality said they are comfortable taking on the amount of debt because of the phase of community development Sun Peaks is currently in.

“So for us, adding in that core infrastructure for water and sewer is where the bulk of our debt is right now, and it’s so that we can continue to support development in the community.”

Bourke also said now is the best time to request long-term borrowing considering current interest rates are at a historically low rate of 1.29 per cent.

According to a chart provided by SPMRM (pictured below), which compares Sun Peaks to other tourism-based municipalities in the province, Sun Peaks’ current remaining debt-servicing-limit is $471,341 but could be reduced by $420,000 if they do not receive a grant for the water infrastructure projects.

If either the CleanBC Community fund or the Environmental Quality grants through the British Columbia Green Infrastructure – Investing in Canada Infrastructure program is approved (SPMRM cannot receive both grants), and the borrowing is reduced to $4,313,900, the total debt servicing amount will then only be reduced by $222,777, leaving $248,564.

Bourke said the municipality is comfortable with recommending the borrowing to council even considering the risk of emergency infrastructure investment.

“In the event there is an emergency that requires a rethink, we then would consider whether we proceed with some of these projects, we could look at our other capital projects and reprioritize them.”

When asked why Sun Peaks is only one of three tourism-based communities with a higher “total year end debt” than “total revenue” (the others being Invermere and Tofino, B.C.), Bourke pointed to the fact Sun Peaks is a “very new municipality.”

Bourke added that the size of the community and it’s assessed value also justify the high amount of borrowing.

“We have to be mindful we have over $980 million in assessed value, we have to ensure that the infrastructure we have put in place can support not just the population, but the non-residents that we have here as well like hotels or vacation homes,” Bourke explained.

“While [total year end debt] is higher than other communities, the fact that we’re on a growth trend gives me some assurance that we’re still able to service the debts and be responsible with taxpayer dollars.”

Omar Butt, director of public works, presented details on the various water infrastructure projects during a virtual public information meeting on Sept. 13, saying $4.5 million is slated for a surface reservoir supply line that will go from the surface reservoir located near the Gil’s return road, to the platter water treatment plant located near the elementary school.

Currently, SPMRM is borrowing the Sun Peaks Resort LLP (SPR) snowmaking pipeline and reservoir that is tied into the platter water treatment plant located near the elementary school, which Butt said is old and deteriorating, putting strain on the treatment facility’s filtration system.

Two and a half million dollars is being allocated for the PZ4 reservoir, a newer water reservoir that is already being constructed past the new Altitude housing development which will increase water reserve capacity by 30 per cent and increase safety to homes in the area with additional fire suppression capabilities.

Municipal staff said the reservoir is necessary to continue development in that area and is also required under the Fire Underwriters Survey guidelines.

Bourke stated the debt isn’t only to service new development.

“It’s also about supporting some of the existing development at higher elevations.”

The East Village development will also increase SPMRM’s property tax base and generate revenue from Development Cost Charges (DCC’s), which are used by municipalities to impose a fee on new development to help pay for infrastructure.

“Anytime we can increase our tax base by increasing consumer properties, that’s a positive for the community,” said Bourke.

“There’s a need for housing, and there’s a plan for the community to grow, and all these projects support those diverse needs.”

An estimated $250,000 will also be spent to connect the two ends of the water system infrastructure.

According to Bourke, plans have not yet been finalized for how exactly this will take place.

During the public information meeting, Butt said the connection will prevent stagnant water and allow SPMRM to better control water flow in case of any water main breaks.

Another estimated $250,000 is required to complete the already-under-construction surface water reservoir, located near the Gil’s ski area return road, as “there was not enough time in 2020 and the project has been scheduled to be completed by October 2021,” said Butt.

The AAP process began in March earlier this year and was given initial approval by the provincial inspector of municipalities in July.

Currently, the municipality is in the electoral assessment period until Oct. 8 and once complete, will move into a quashing period.

“[The quashing period] is if anyone has any objections about the process they can go through some legal proceedings. It’s sort of a waiting period after the electoral approval process,” said Bourke.

Residents who are opposed to the borrowing can fill out a form on the municipality’s website found here. The deadline to submit the forms is Oct. 8 at 4 p.m.

At the time of publication, seven opposition forms had been received according to Bourke.

If 141 (or 10 per cent of all eligible voters) submit opposition forms, SPMRM council may choose to hold a referendum or not go through with the borrowing at all.

Once the electoral process and quashing period is complete, Bourke said the municipality should receive word about the pending grant and final approval will follow.

“From past experience that should take six to eight weeks, which will take us into the end of this year or beginning of next year to hear back from [the provincial inspector of municipalities].” 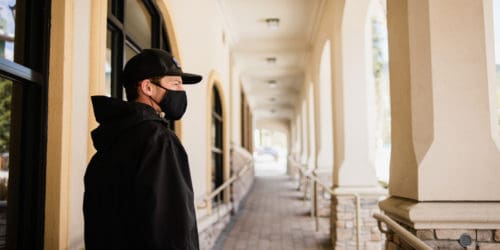 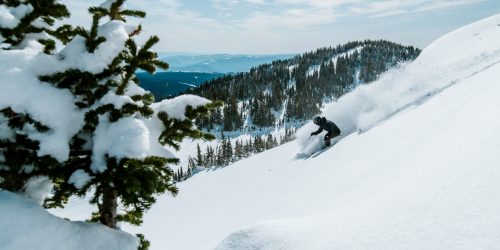