Skiers and snowboarders hit the slopes and raised over $35,000 for the Sun Peaks Education Society during the TELUS 3 Mtn Tour this past weekend.

More than 100 people participated in the TELUS 3 Mtn Tour which took place on March 26 and 27. The self-guided tour replaced the annual TELUS Nancy Greene Alpine Classic, which was cancelled due to COVID-19.

People from the Kamloops and Sun Peaks area were invited to take part in the event.

Participants rode with their families or alongside members of their personal bubble and were offered photo opportunities at four mountain top locations. Nineteen students from the Sun Peaks Secondary Academy snapped the photos and earned leadership credits for their participation.

The money raised for the Sun Peaks Education Society will be used to support the Sun Peaks Secondary Academy. An additional $500 was donated to the Royal Inland Hospital Emergency Fund.

In an email statement to SPIN, Nancy Greene Raine thanked those who helped to sponsor the event.

“A huge thanks to all our sponsors, especially TELUS who has been supporting fundraising at Sun Peaks for the past 25 years. Without their support, and that of our other sponsors the fundraising could not have reached its target,” the statement reads.

In the past 25 years, the TELUS Nancy Greene Alpine Classic has raised around $650,000 for various beneficiaries. 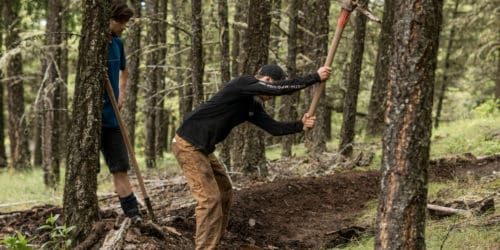 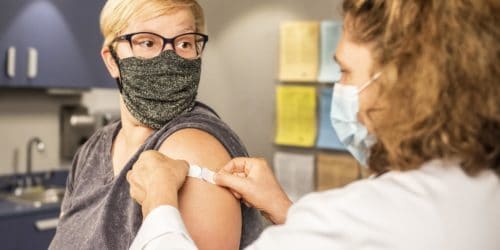