Local filmmaker Kelly Brown’s recent screening of Day 100 on Jan. 12 was a success, according to Marj Knive, president of ArtZone.

The organization held a filmmaking workshop leading up to the event which included a contest. Local Kelly Brown won a $500 prize and a pair of custom atomic skis from McSporties, a sponsor.

“I really hope it encourages other filmmakers to come and do it next year as well,” Knive said.

Day 100 is about Brown’s wife, Linda Stratton. On her 100th day of skiing in Sun Peaks, she decided to ski 100 kilometers.

“It was a very exciting documentary … Everybody laughed. Everybody cried. It was great. All the locals know them,” Knive said.

After locals’ night, the rest of the film festival, held at Sun Peaks Centre, ran from Jan. 12 to 14. The event involved screenings from other B.C. filmmakers and movies from Vancouver International Mountain Film Festival (VIMFF).

Knive said she and her husband watched over 50 VIMFF films, curating selections that would be interesting for Sun Peaks residents to watch. Selections included sports films and cultural pieces.

Revenue from the event will help fund programming for ArtZone the rest of the year.

Other upcoming events with ArtZone include a painting workshop with famous painter David Langevin on Jan. 20, where attendees will learn how to paint water in a landscape. The event is sold out according to ArtZone’s Facebook.

Knive said other events put on by ArtZone include monthly Paint n’ Sip nights, with the next event happening Feb. 9. They’ve partnered with JuggerBean Tattoo Parlour and Morrisey’s Public House.

According to Knive, JuggerBean tattoo artist Amie Easton has other ideas for future events, including possible henna nights or carving.

“She’s got some great ideas … I think it’ll be a big hit for as long as we do them. They’re just really relaxed, fun nights that you can do what you want and go home with something that you made,” said Knive.

Another winter event by ArtZone includes Sunday Jams every other Sunday from 3 to 5 p.m. at the Magic Catteguard. Bring your acoustic instrument or your voice and be led through songs that are accessible for all levels. 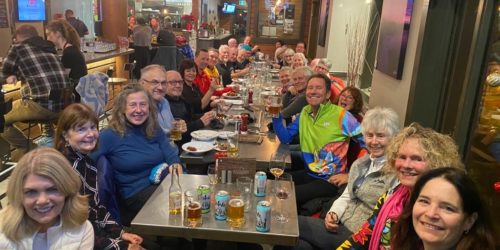 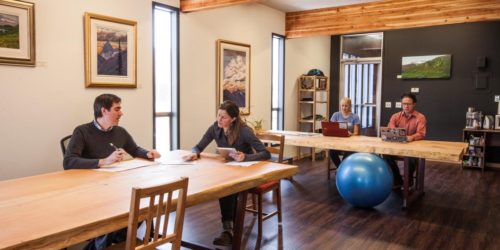