The municipality is looking at ways to begin a household composting program
Jenna Wheeler  | May 10, 2021
0 shares

The residents and business owners of Sun Peaks have had to turn to backyard or countertop composting for years, but a change is on the horizon.

About a year ago, municipal councillor Rob O’Toole and his wife bought their own composter for their business, Vertical Cafe. Now he said he is looking forward to participating in a potential composting pilot project between the Thompson-Nicola Regional District (TNRD) and Sun Peaks Mountain Resort Municipality.

O’Toole said it was about nine months ago when council discussed the composting opportunities available with the existing water and sewage treatment facility infrastructure. He said questions came up regarding changes it would take to include green waste in the composting process, prompting the director of public works, Omar Butt, to look into the feasibility of such a project.

“A couple of meetings later [Butt] came back and said yes… there is definitely an opportunity where we could find a way to use this existing equipment to process household green waste,” O’Toole said. “It has now led to a partnership between [the] municipality and the TNRD to run a test case where we start to actually look at, you know, processing and composting on a larger scale, so we can work the kinks out.”

O’Toole said he was eager to volunteer to participate in this project. Not only does he want to be able to compost waste from his own business, but he also hopes to see a community-wide household composting program implemented in the near future.

“Personally, when we bought our cafe that we wanted to really work on going towards a sustainable model,” O’Toole said. “For me, and I think for us as a municipality, our end goal would be to get to a point where we can handle green waste from all the restaurants in the community as well as people’s personal homes, so this is a great first step.”

The councillor said part of the reason Sun Peaks hasn’t already implemented a composting program is because of how young the municipality is, although he noted it’s been on the minds of residents and city staff for quite some time.

“When we’re dealing with municipalities and infrastructure you know the first thing it’s always top of mind is, we need to develop and build water systems and sewage treatment facilities,” O’Toole said. “We’ve only been a municipality for ten years now. So, you know, we’re gonna walk before we run… I think now was definitely a good time.”

Jamie Vieira, manager of environmental services with the TNRD, stated in his report to council why the pilot project would target businesses before including household green waste.
“Food waste is a much higher component of the waste stream in the food service sector compared to residential sources. In resort communities this difference is likely even greater due to the tendency for people to eat out while on vacation. Any program for food waste composting should start by targeting the sector where it will have the biggest impact,” Vieira stated.

The pilot project will be unique from most others, as the municipality would usually pay for the transportation and collection charges, while the regional district provides the composting facility. In Vieira’s statement, he said this program would work opposite, with the TNRD potentially paying for the collection costs since the municipality would provide the composting location.

The specifics of the pilot project will continue to be discussed in the coming weeks, but a letter to council from the TNRD states they will look into the logistics of household composting, likely with a drop-off site at the existing waste transfer station. More information can be found in Vieira’s statement here. 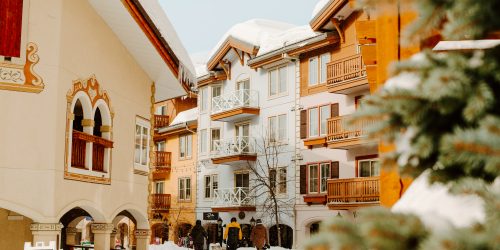 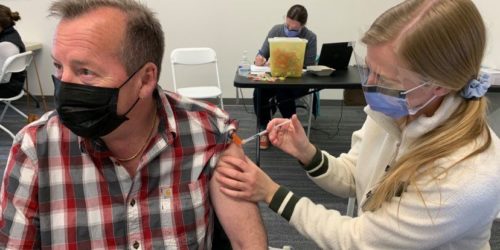